Sunday was officially the first day of spring but it didn't feel anything like it. No complaints here as I thoroughly enjoyed the sunny, cool 60 degree weather. It was a tad windy but hey, I'll take that over hot and humid any day. We had a picnic with friends at Baldwin Park in midtown and even had a pre-Easter egg hunt for the little ones. We definitely made the most of this awesome weather.

I had a bunch of hotel points that were set to expire at the end of March so I needed to use it or else it would all go down the proverbial toilet. The easy solution was to use it somewhere close, i.e. in Texas. But where? We were in Austin last summer so that's relatively recent. I can say the same with Dallas. But the last time we were in San Antonio, we only had two kids... and that was five years ago. So on Monday (first day of Spring Break), we were off to the Alamo City. 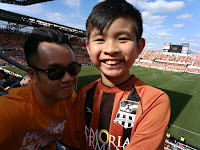 Ugh, my forehead is gigantic. I hate selfies. Anyway, I took Jacob to the Houston Dynamo home opener. Why only Jacob? Because Andrew is Mr. Indifferent and he's always "eh" to everything. Because Tyson would rather go to his grandparents' house and play video games all day long since the rules are more lax over there. Because Elliot is still tiny and all the noise would scare the crap out of her. Because Lynn is stuck caring for baby Elliot. So it's another (rare) Jacob and Papa Day. 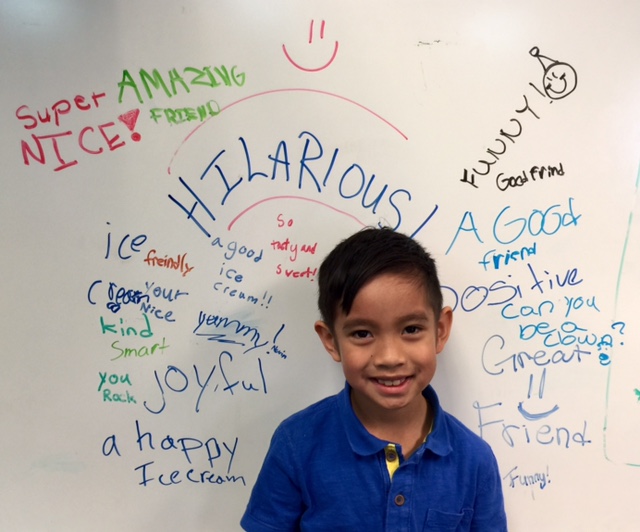