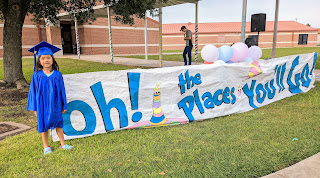 End of the soccer season 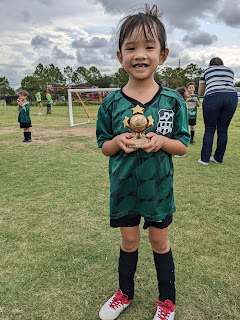 We've finally come to the end of the spring season for soccer.

Elliot finished her first season playing in the U6 recreational league. She didn't stand out like her two older brothers when they started but that doesn't matter... she really had fun playing.

Andrew ended the season with a hat trick (3 goals) on his final game. He finished his junior high career undefeated... well, only the games he played in. He got injured (probably due to overtraining) and sat out for a couple of games (which the team lost). I really enjoyed watching him play for school since he was so dominant.

Jacob's club team had an end of the season party... which is probably the last time he's together with his team. After playing with the club for several years, he chose not to continue with club soccer.