Elliot finally gets a haircut 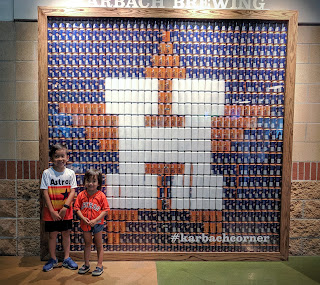 Father's Day started early for me with an Astros game on Wednesday night. But why this particular game? To get the Springer bobblehead! The game itself saw Verlander get a career high in strikeouts (15 K's) but unfortunately the 'Stros lost the game in extra innings.

I love that the kids are into watching sports. It gives us a reason to all come together. To root for the same team, for the most part. When it comes to the Premier League, each kid has their own favorite team. The best games are when they go against each other, e.g. Liverpool vs Manchester City. They get so into it. Tears have been shed. But I digress, I like how sports bring us closer together.

End of the school year 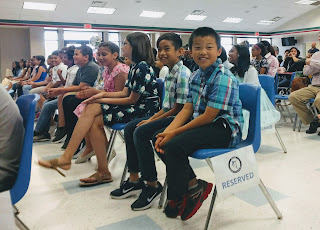 Andrew is officially done with elementary school. And the first thing that came to mind was that we'll have kids attending three different schools at the start of the next school year. Oh, the logistics. Anyway, Andrew received the Citizenship Award and the Perfect Attendance Award. The latter is actually more surprising than anything else. Yay to us parents for not being conned by a "sick" kid.

Tyson also got the Citizenship Award, making it three years in a row! Jacob made all A's once again; a feat considering his "I can't really comprehend anything to help you" STEM curriculum. He also got the Engaged Student Award, which I was going to toss in the recycling bin, until he said only a select few received that award. I'm proud of all my boys.