I'm a loser baby, so why don't you get me a burger

Today was the end of the weight loss bet and unfortunately I was not the biggest loser. I was just a loser. Mike (Nez) won the bet with an impressive 24 lbs lost, 13.8% weight lost! The detailed results are posted in the weight loss page.

How early is too early?

Last Saturday Jacob had a T-ball game at 8:30am. It looked fine on paper but realistically, it was a disaster. That morning he uncharacteristically woke up last among all of us (usually he's the first person up) and I had to force him up. He was still groggy and a little whiny but seemed okay in the car. Damn Google maps put me in the wrong spot so we were lost in freakin' Alvin. Eventually we found the place but we were also really late, which did not help the situation. Rushing a sleepy child, who was just denied of his OJ because of our lateness, created a bad situation. Right when we got there, grumpy Jacob was up to bat. When he hit the ball, he barely walked to first base. When on the bases, he wouldn't move until told to do so. They had to guide him by gently pushing him on the back, at which point he sloooowly walked to the other bases. This went on for the entire game. What a waste.

A day at the museum

Another perk of my job is that I make my own schedule. In the beginning of the month, Lynn went out of town for the weekend and the boys were with my parents so I decided to work on Saturday... giving myself a random weekday off to use later. Last Monday I decided to cash in... but what to do.

Yes, it's my time. It's time to celebrate being a dad (accidental or not). The post title may be deceiving as we didn't celebrate my fatherhood for an entire weekend but the time spent with my kiddos was all that I needed.

Go the f**k to sleep 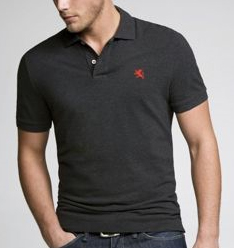 Is that an oxymoron? I never did well in English. Anywho (is that a word?), my problem with exercising and dieting is that I'm getting skinnier and my clothes no longer fit well. My slacks are bunched up in the middle when my belt is tightened and my shirts are baggy... I look like a kid who doesn't know how to shop for himself, one who has his mother buy all of his clothes. I look ridiculous. "Oh boo whoo" is what you're probably thinking as anyone would love to have my "problem" but it is truly annoying. My one thing with clothes is that it has to fit well. I don't care if it's name brand or from Target, it just needs to fit. So at this point, most of my shirts are too loose on me. This weekend I got a couple polo shirts on sale. The size... XS. This was my first time ever to buy anything extra small. I was contemplating whether to even buy XS shirts because it would snowball and eventually lead to buying a completely new wardrobe and I have no money for that. Besides, what if I get fat again... all of those XS shirts would go to waste. They would sit in my closet as a sad reminder that I was once that small. So after the weight loss bet is over, my new plan of action is to bulk up (not get fatter) so that I can fit into my old shirts. For the time being, I will only wear those two new XS polo shirts.

Does it make me gay if I post pictures of shirtless dudes all around my house? I don't think so. I need that constant push, motivation, focus, "eye on the prize" mentality since I'm feeling pretty miserable right now in this last month of the bet. So I've had multiple discussions with others regarding losing weight and keeping motivated as I think I hit my peak for weight loss. When making these bets, I knew that I was instantly an underdog as I didn't have as much to lose as the other fatties, i.e. Thang, but I figured that it would motivate me to exercise and diet, which it did. But now the competitor in me wants to actually win the whole thing! And I'm hoping to kill two birds with one stone by getting 6-pack abs in the process. IF I ever do get a 6-pack, I will be narcissistic and post shirtless pictures of myself on Facebook, this blog, MySpace, Xanga, Craigslist, and anywhere else that's possible. That would be a defining moment in my life. That is my ultimate goal. Let's do this!! 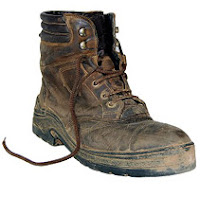 My mom has finally forced me completely out of their house. (I can't say the same about my older brother but that's a whole topic by itself.) I haven't really lived with my parents since graduating high school but my stuff has always been there. Even when they moved into a new house a couple years ago, so did my stuff. Until recently all of my stuff have been in boxes, stored in a corner of an extra room. My mom would consistently nag me to take those boxes and/or trash them and I would agree but really had no intentions on doing so (I'm too lazy). But then my boxes were moved into the open living area and she threaten to throw everything away. Geez. I understand that she wants a clean house but to throw away all of my possessions? After ridding of all my "junk", I will no longer have any presence in that house, except for a few family pictures with the boys but that's only because I gave it to them to hang or display. If When Jacob and Andrew move out, I would think that I'd keep some of their material possessions in the house, as a reminder of them once living here, something tangible. Within the pile of stuff to be sorted, I found various gifts that I gave my mom as a kid, from plush animals to handmade crafts. Obliviously she never cared for them as it ended up in this pile to be trashed. Thanks mom. I know she cares for me but I feel so rejected. Now I know where I got my heartlessness from. To appease her I've been slowly cleaning/sorting/trashing a couple boxes every time I visit and came across some gems I couldn't bare to throw away. 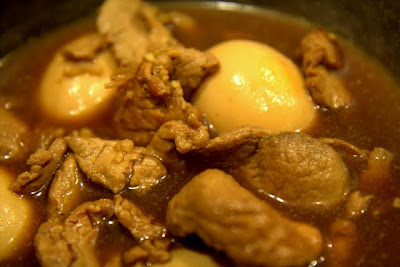