On Tuesday, we got to see Mo Willems for a signing of his latest book This Is Not a Good Idea!, which happened to be the same day it was released to the public. Very cool. I'm a big fan of his books, especially the Pigeon series. If you haven't read them before, what are you waiting for? His books are funny and entertaining for both kids and adults. I actually enjoy reading his books to the kiddos (unlike some other ones). I also bought a copy of Goldilocks and the Three Dinosaurs, which is another good one but if there's one you had to read, it's Don't Let the Pigeon Drive the Bus! Oh man, it's past 1 a.m. on a school night/work day... why am I still up writing this post? This is not a good idea. 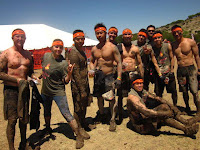 This past weekend I did the Tough Mudder again in Austin. It was the second time for five of the twelve in our group. To be honest, I wasn't as excited for this event as I was for the previous one. There was no anxiety. No fear. I've been through it before. But as the day came closer, I was pumped. This event was awesome.

Andrew's teacher gave us a folder of some of his school work from throughout the year and one portion was dictation. Jacob also did the same thing when he was in Pre K-4. Here are some of Andrew's responses.

A toddler of many words

Tyson just turned 20-months-old and his vocabulary has been growing exponentially. I meant to document this when he turned one and a half (18 months) but I forgot, had no time, never put out much effort until now. I'm not a fan of telling someone your child's age by months after they've turned one. If asked, I'll tell people Tyson is one or now, one and a half years old. In a couple months, he'll be "almost two". Once someone told me their kid was 26 months old. I was stupefied. Initially I didn't say anything but my facial reaction said it all. As if someone had just cut open some durian, my face was of pure disgust. After a long, silent five seconds later, I rhetorically asked, "You mean two?" 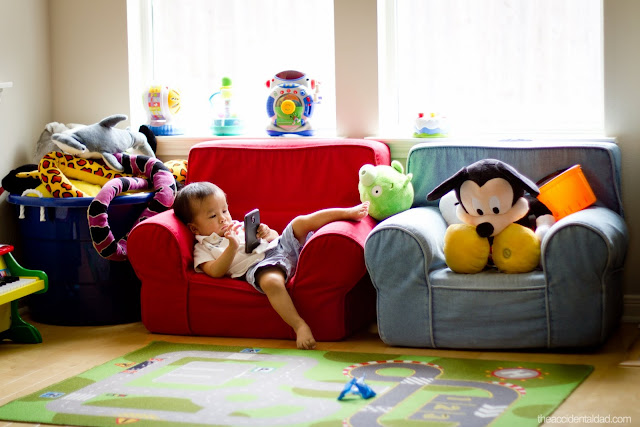 Mass on Easter Sunday was crazy. Besides Christmas, you won't find this many "practicing Catholics" jammed into a church at one time. So where are they on the other weeks? Probably at home taking care of their toddler who is going through his terrible twos but is not yet two. Yes, I too am guilty of not going to mass on a weekly basis but I try. I blame Tyson.