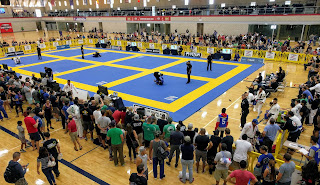 Last weekend I participated in my first ever BJJ competition, the IBJJF Austin Open. If you want to compete, IBJJF tournaments are the ones you want to do. It's bigger and more organized. The way it works is that you compete against someone of similar rank (white belt), weight (light-feather division), and age (36-40 years old). This was the first fair fight in a long time since I'm always up against giant monsters during training.


Leading up to the competition (and I'm not trying to sound like a badass), I wasn't nervous or scared. I was more eager, ready to go... to get it over with. So I can take a break from training to heal my injured ribs. So I can stop thinking about my diet and weight. So I can fucking eat again.

After hours of waiting, it was finally go time. I step on the mat, shake hands, and bump fists with my opponent. Once he got a grip on my gi, it felt like I was up against a silverback gorilla. So effin' strong! My plan was to take him down and go from there but shit, I can't even budge him. What's Plan B?? Fuck. My mind was completely blank. I get tossed around like a rag doll but somehow I end up on top. Yes! But we're only two minutes in and I'm exhausted. WTF. Eventually my mind calms down a bit and I began to work. After five minutes, the fight ends and I win by points (5-0).


The way our bracket/division worked, I had to fight the same guy again for the championship match. He ended up destroying another guy in our division 19-0 so we had to do it all over again. Dammit. But this time, I knew what to expect. The speed and strength during competition are on a whole 'nother level compared to training at school and this time I was ready for it.

This time, it was much better. I won. Submission via triangle choke. Whew. It's over.

A trip wouldn't be a trip unless we ate some good food but of course we I had to wait until after the competition to indulge. Here is the food log with some new discoveries. 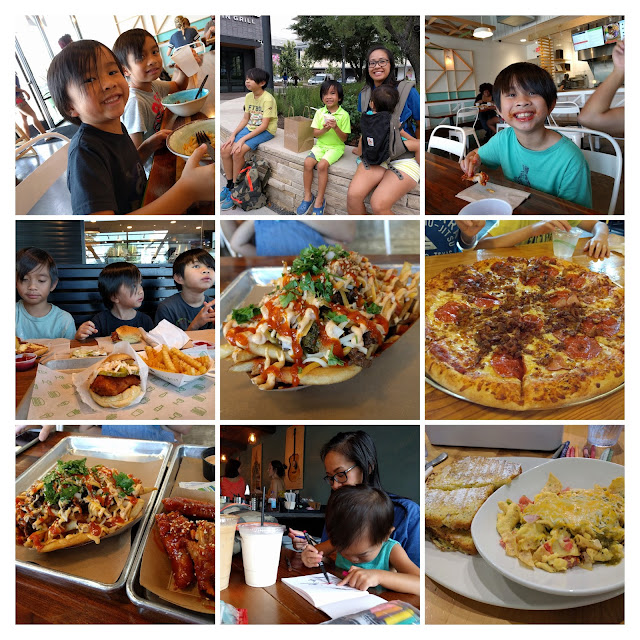