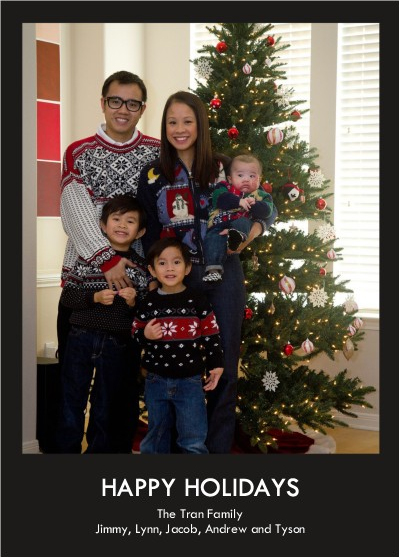 If you haven't noticed, the theme this year is ugly Christmas sweaters. It should be obvious to most people (I'd estimate 98% of Americans) but if you are like my parents, sadly you did not get the joke. Days after receiving the card, my mom had asked me if I was purposely doing something with our outfits. I had to explain to her that it was meant as a joke, i.e. Christmas time is known to spawn the most hideous sweaters, at which point she instantly looked relieved. She didn't want to ask initially in the fears that it was not a joke and that such a comment would hurt my feelings, since I obviously have such a gross taste in clothing.
Email This BlogThis! Share to Twitter Share to Facebook