A couple weeks ago Jacob had a robotics tournament at his school, which was composed of third, fourth and fifth graders from different schools around the area. And from talking with the teacher that organized the tournament, this was the first year they allowed third graders in the competition. That makes sense, may as well get them started early. There were 18 teams competing and the top four teams would move on to the final rounds. 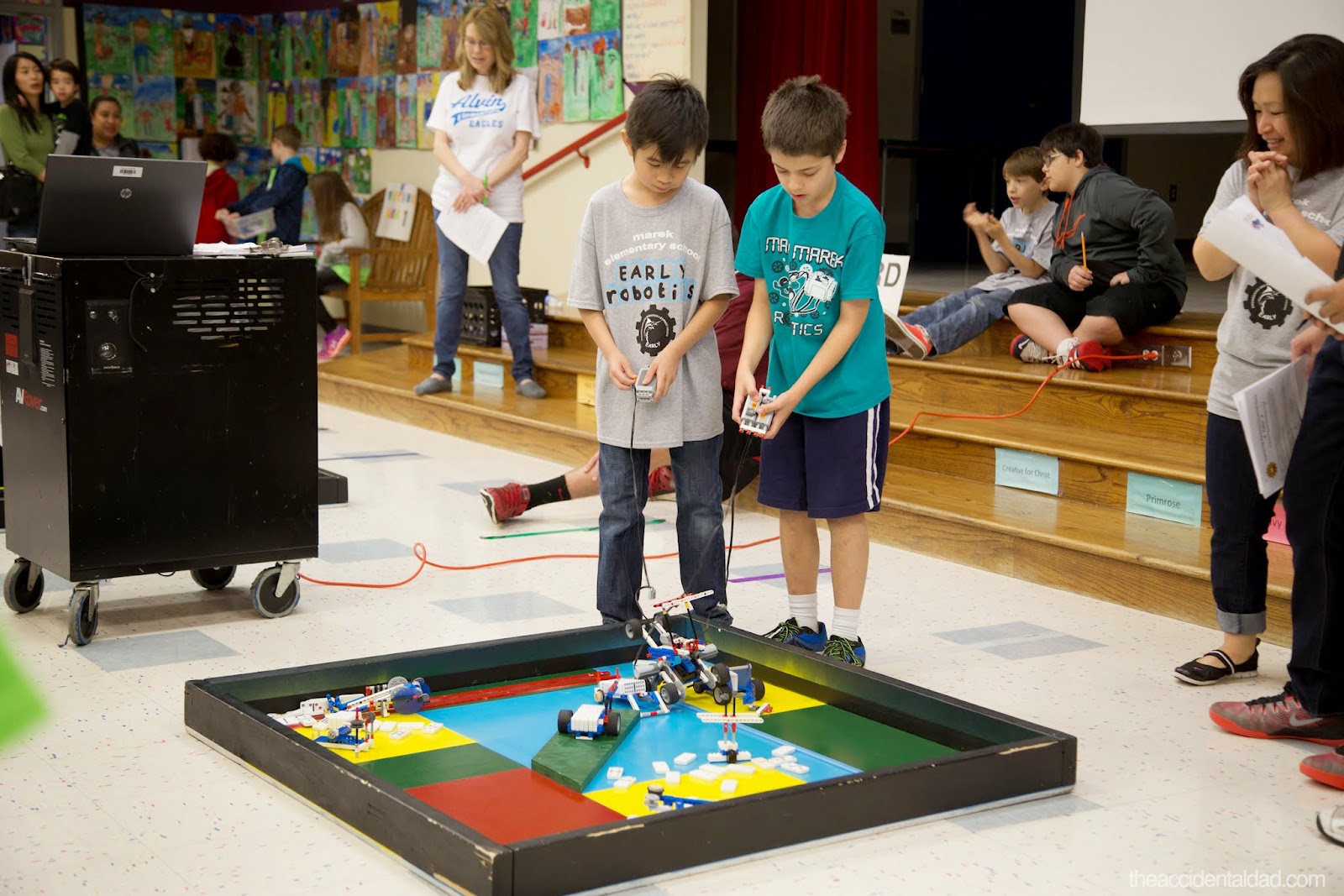 And Jacob's team did just that, they made it in the final four. From there it was single elimination. Now this is where it gets intense. I was getting nervous and excited. My heart was racing. But the kids on the other hand were cool as a cucumber. There's no pressure or stress on them. Totally carefree. (It's good to be a kid.) 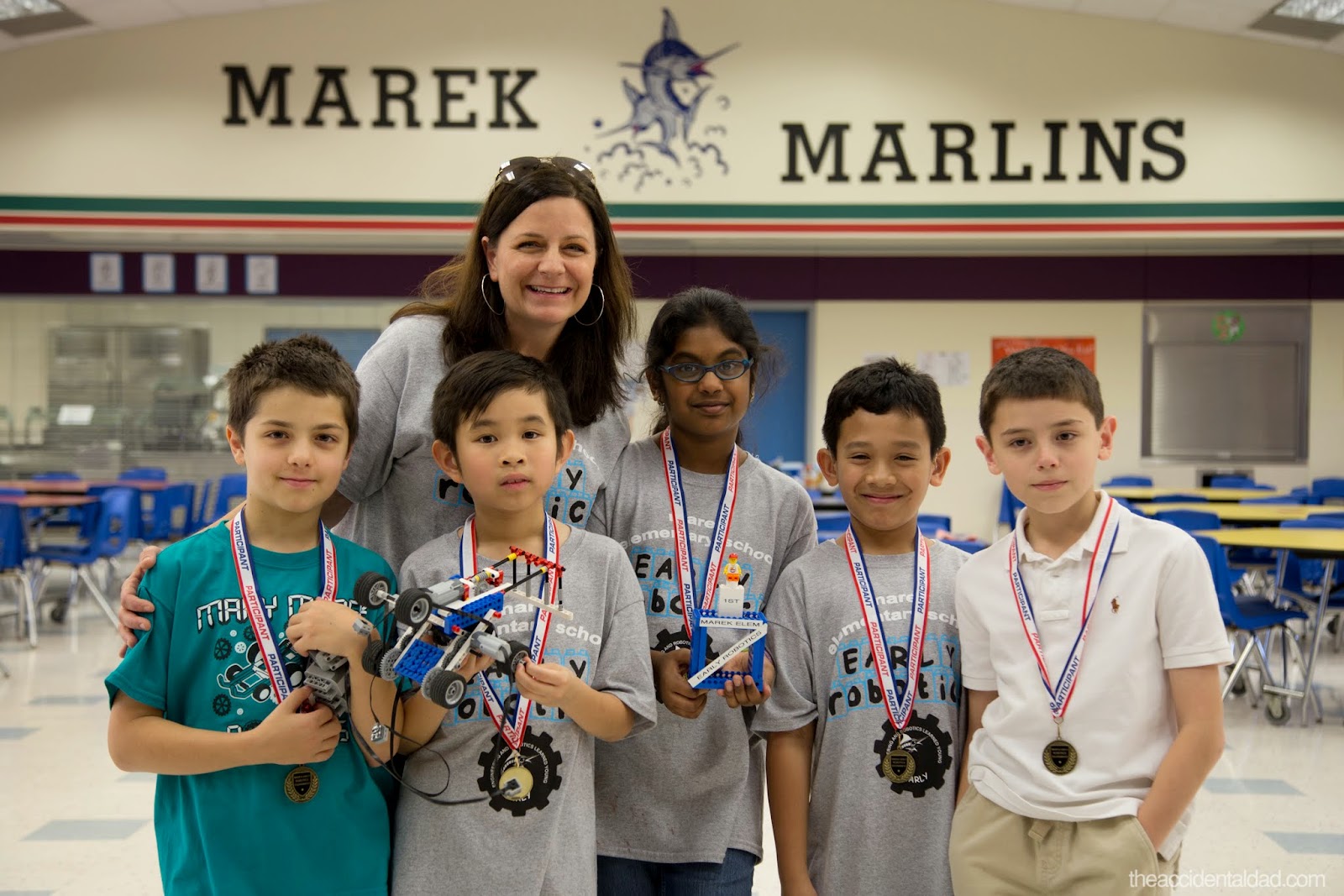 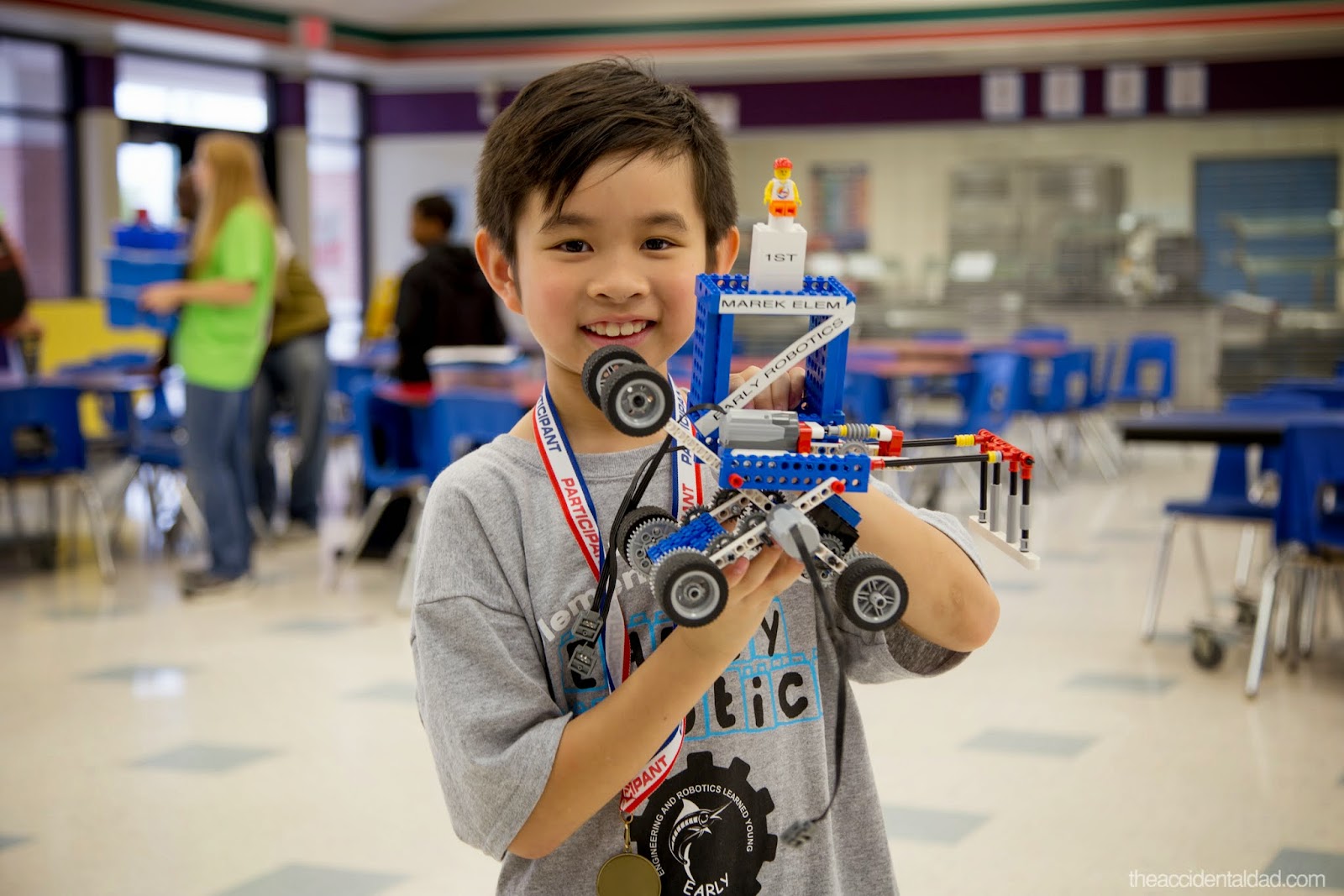 After an intense semi-final and final rounds, they won! And with that victory, the organizer said there was another tournament a couple weeks later at another school that was strictly for fourth and fifth graders but she would try to get them a spot. Grade level didn't matter at this point, they just whooped up on the older students. 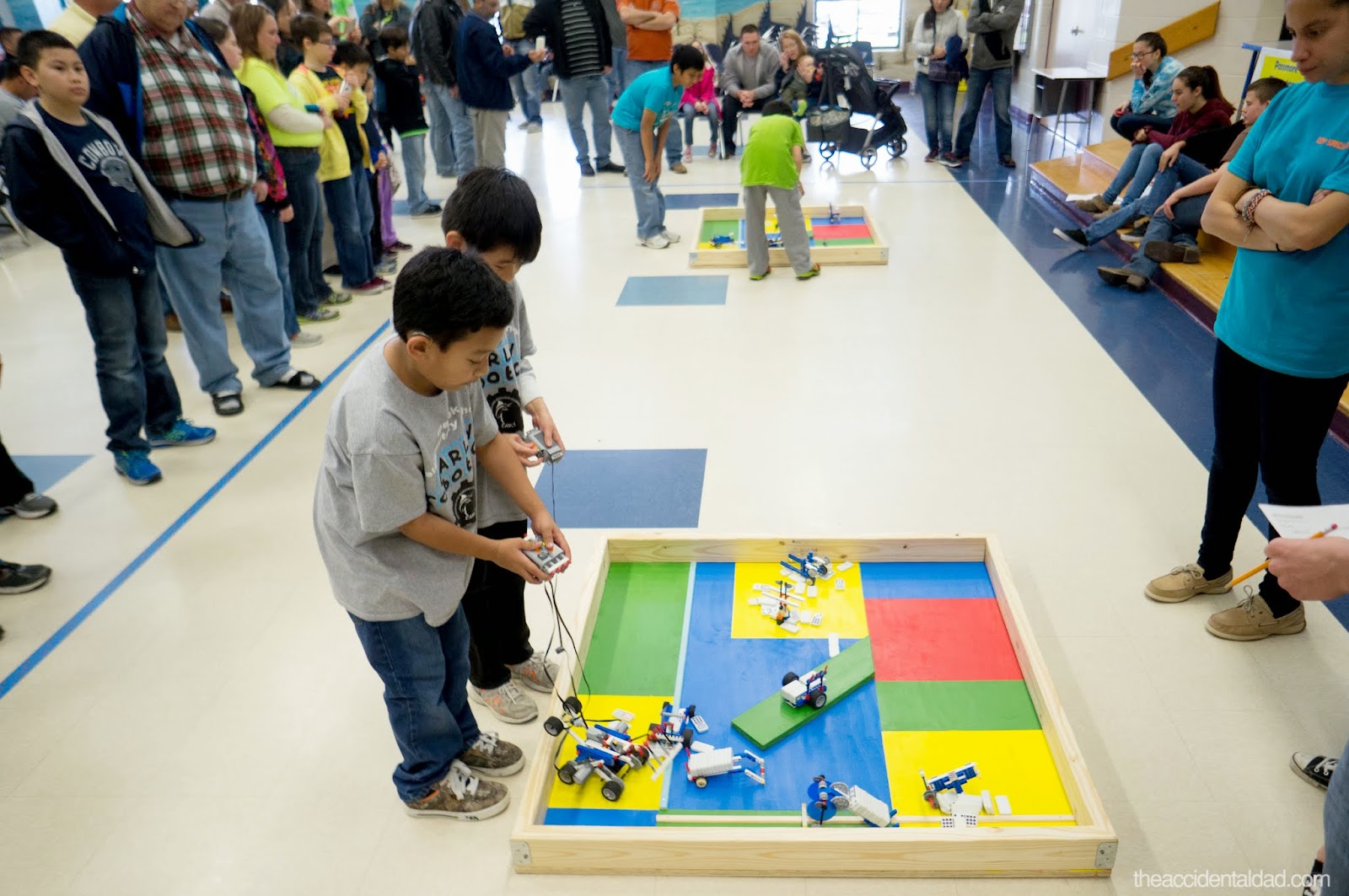 So last weekend, we were at that tournament. There were 12 teams competing with Jacob's team being the only one from the third grade. And his team shrank to only him and his partner (the other members had prior commitments). Now they're really the underdogs but hey, they had nothing to lose. They weren't even supposed to be there. 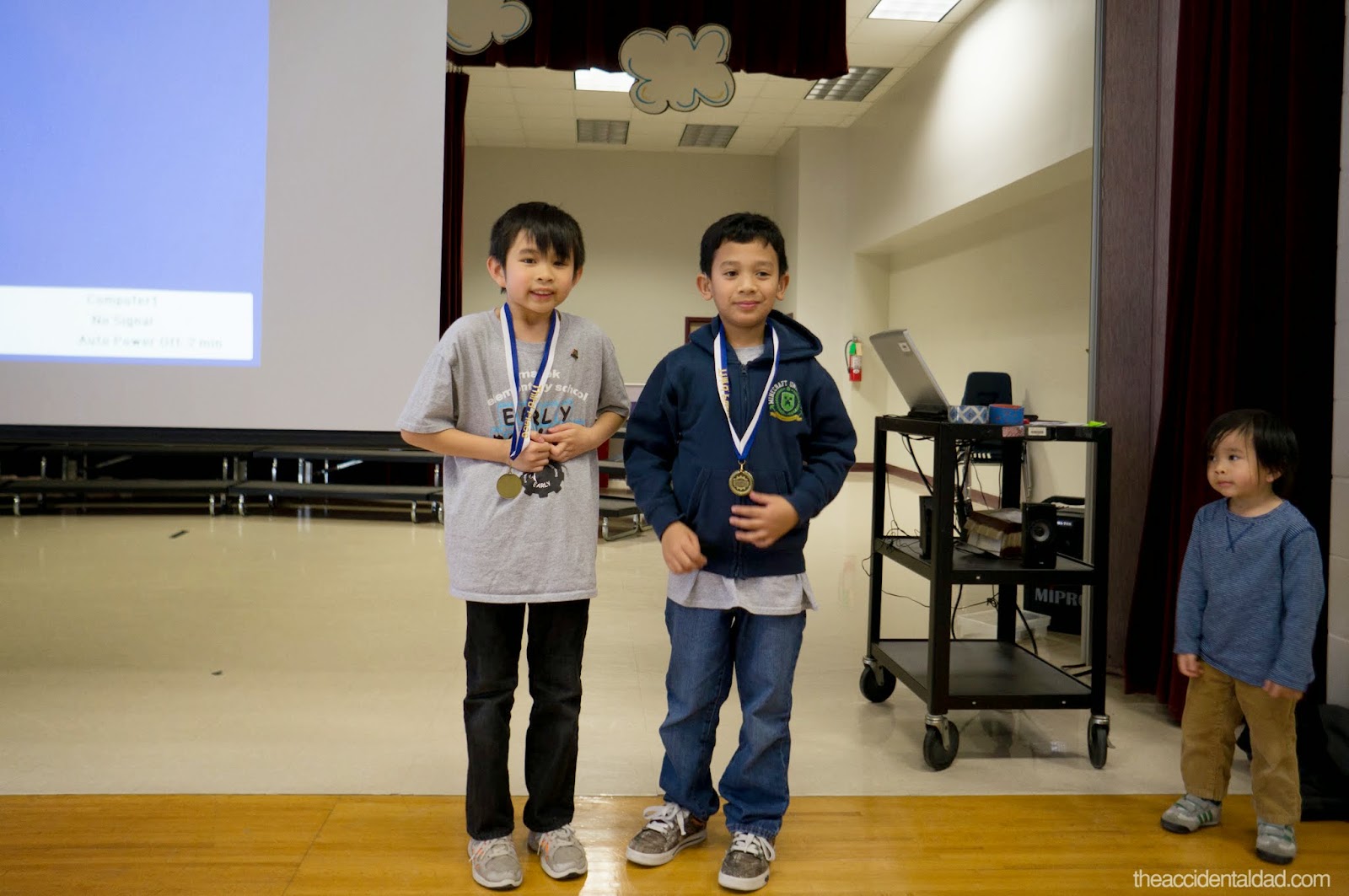 The top four teams moved onto the finals. After two rounds, they made it to the finals again! Craziness. In the finals, they did pretty well but got penalized for tugging their cables (which connects their controllers to the robot). Oh well. But they got third place!
Email This BlogThis! Share to Twitter Share to Facebook