At 3 a.m. my alarm goes off. My eyes are burning. It's too damn early. On this early Saturday morning, we're heading out to the airport for a 6 a.m. flight to Chicago. Why Chicago? Because I've never been. Because I've always wanted to visit The Windy City. But most importantly, because I had a bunch of miles with Southwest that were due to expire so I had to use them or lose them. So I cashed in for a couple of round-trip tickets for Lynn and I (and baby Elliot) for a quick weekend getaway to Chi-town.

Yes, we were taking Elliot since there's no way anyone would watch all four kids, let alone a baby for the extended weekend. I was a little apprehensive about taking a 6 month old baby (especially the plane ride) but what choice did we have? So whatever, we'll just power through. But it wasn't bad at all. I mean, she was her usual wiggly self but nothing out of the ordinary. No nonstop, uncontrollable crying on the plane (my biggest fear). She was good. 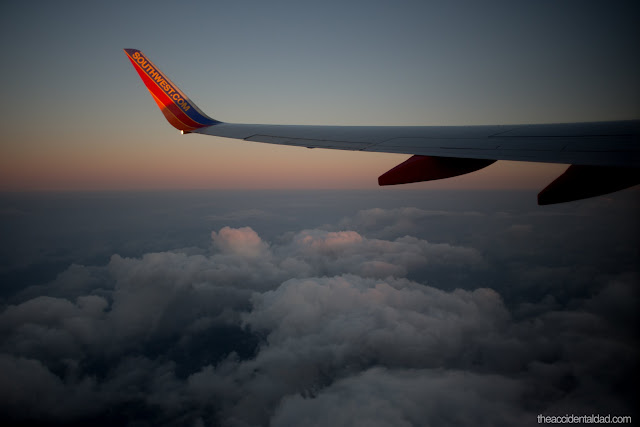 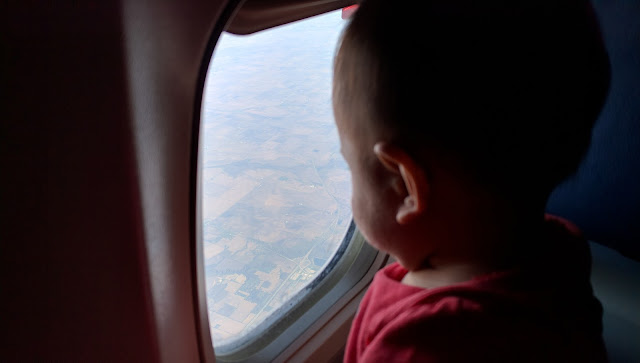 Saturday
And we hit the ground running. We headed straight for brunch at Davanti and then it was off to The Art Institute of Chicago. This place was huge but there was no way we had the energy to explore the whole museum considering we were up so freakin' early!


After getting a dose of art and culture, we checked in our apartment for some much needed rest. 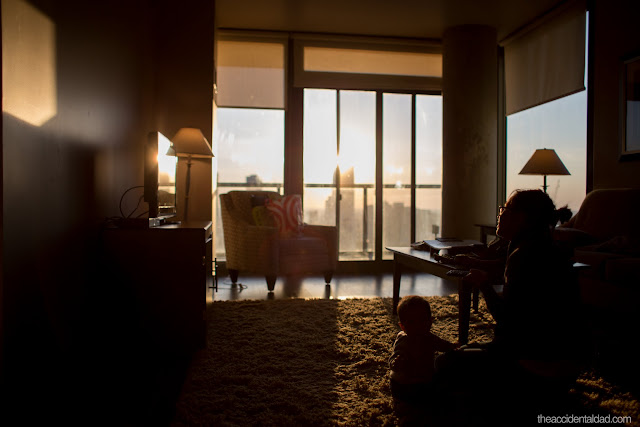 Being that we're in the city that created the deep dish pizza, I had to eat at where it all started, Uno Pizzeria. What can I say, it was okay. The best part of the dinner was the beer from Revolution Brewery. The Anti-Hero IPA and A Little Crazy pale ale were excellent.

Sunday
Another "must do" for me was to catch a Cubs game at Wrigley Field. Did you know the stadium is over 100 years old? I'm only familiar with newer facilities like Minute Maid Park and NRG Stadium so it was cool to see how things were back then (although there have been many modern renovations). Cool 60-70 degree weather. Sunny. It was an awesome day for a ballgame. Elliot definitely enjoyed herself at The Friendly Confines. 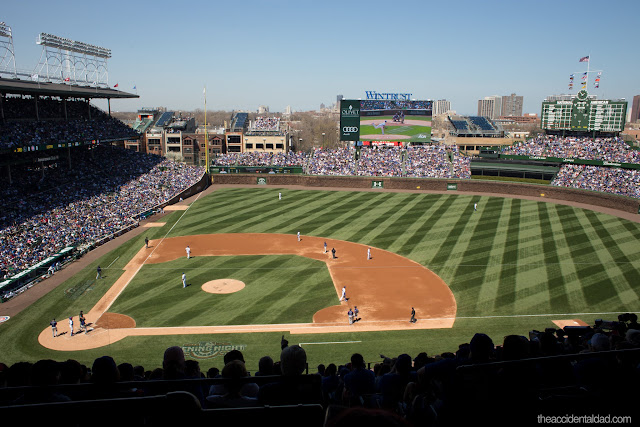 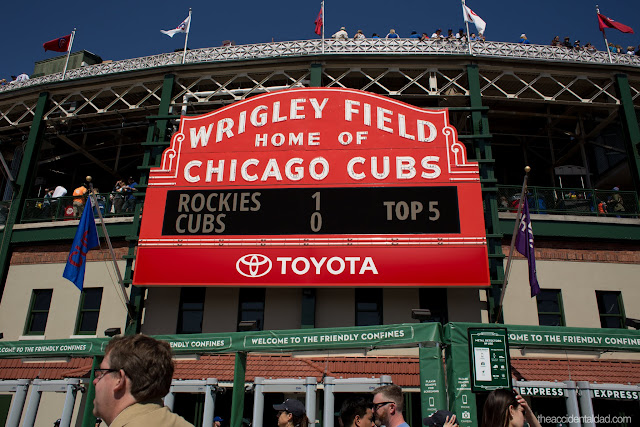 For dinner we headed to Mario Batali's Eataly. This is a giant two-story market with different restaurants and eateries within it. Do you want sandwiches or gelato? It's on the first floor. Do you want pizza or pasta? It's upstairs. And people were walking around sipping on wine while shopping for Italian groceries since there's a fresh market of course. We sat and ate next to the pasta isle. It was an interesting environment. Afterward we walked around downtown, along the river to burn off all those calories. I love the architecture. 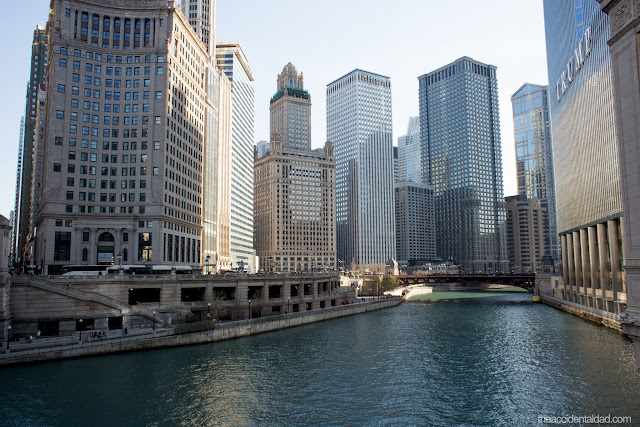 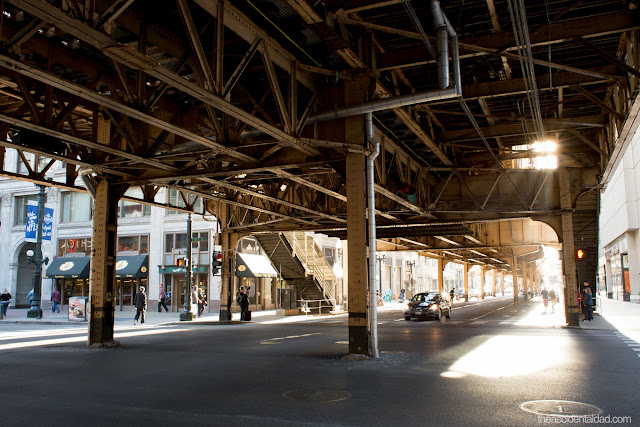 Monday
On our final day, we had to make a visit to Millennium Park and the famous bean a.k.a. Cloud Gate. 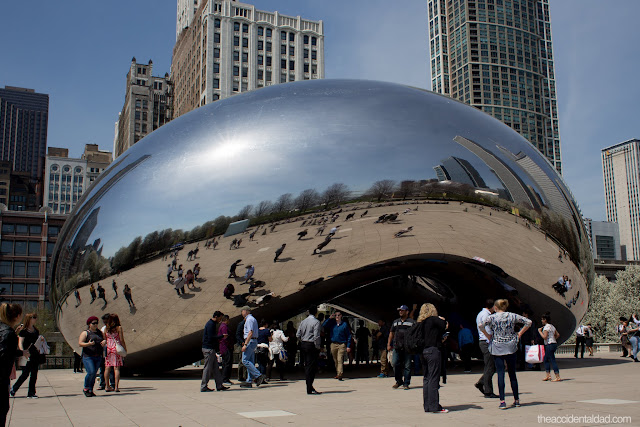 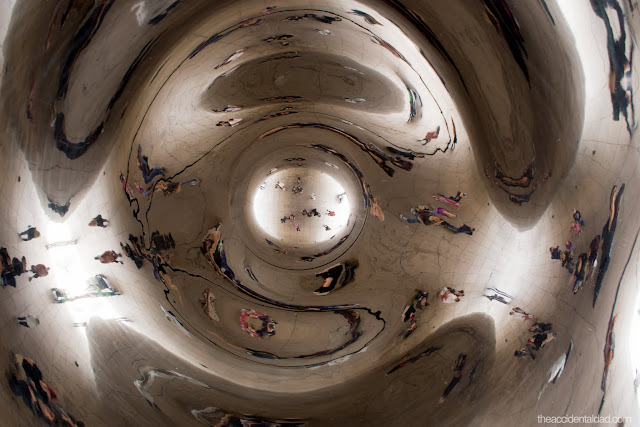 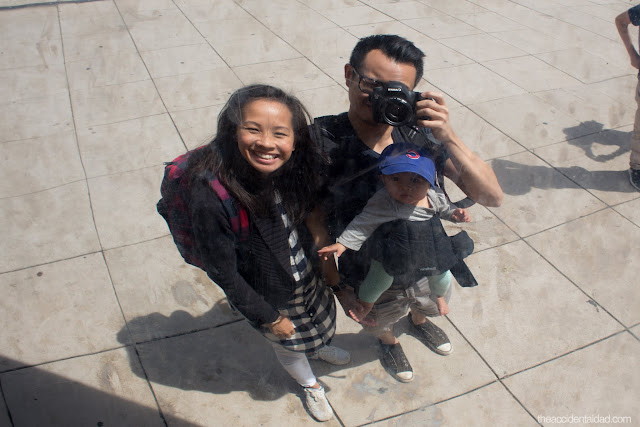 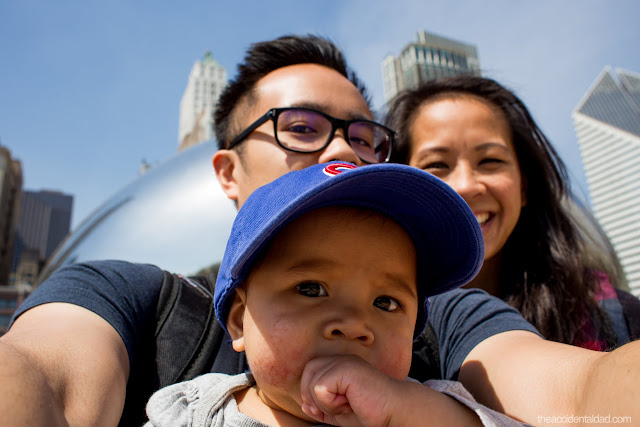 And of course, on every trip, we had to stuff our face with a much good food as possible. Here's a list of everything else we ate (for reference): Beatrix (awesome espresso hot chocolate, Belgian waffles, chicken sausage... awesome everything), Wildberry cafe (good skillet and pancakes), Portillo’s (awesome Italian beef sandwich) "Best Eats Of The Trip" (acronym BEOTT), Glazed and Infused (huge, decent donut), Firecakes Donuts (another huge but only decent donut), Do-Rite Donuts (vegan donut option), Intelligentsia Coffee (decent), Half Acre (Daisy Cutter IPA was good), Julius Meinl (ok coffee) Overall, I like Chicago. Like most trips, it was very short and we only visited a limited area (River North, The Loop, Lake View) but I liked what I saw and we definitely need to come back.


P.S. When we came back home, there was a note hanging on the pantry door for us written by Tyson. It read (according to him) "I miss Elliot, Mama and Papa. I love you. From Tyson." My sweet (yet sometimes very mean) little boy. ♥ 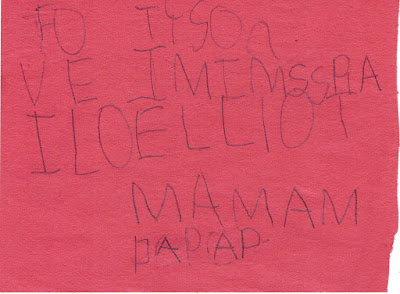