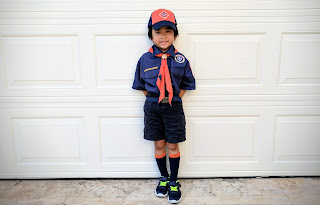 One day after school, Tyson takes out a crumpled piece of paper that was tucked away in his shoe and said that he wanted to do this. This was the cub scouts. Apparently a recruiter spoke to all the kids at school and made a huge impression on Tyson since he kept asking to join. I've never had any intention of putting the boys in cub/boy scouts. I've always associated the group with pedophilia. Why else would grown men want to hang out with young boys? Call me stupid but that's how I felt.

But Tyson was quite persistent. He really wanted to do this. Besides soccer, he doesn't have anything else like the two big boys (BJJ, school clubs). Okay then, anything for my little man. We'll give it a year and see how it goes.


During the introductory parent meeting, they said it's not much of a time commitment. Only one meeting every two weeks with your den (small group of kids) and one monthly meeting with the pack (local dens together). Three meetings a month sounds doable. But what they don't tell you was the time commitment on the other stuff. First, there's the fundraising, i.e. hounding people to buy expensive popcorn. Then there's the crafts/projects. Our first project is to build a boat for a racing competition. But guess who's building that boat. Hint: It's not Tyson. Then there's planning for other activities and group outings to meet the requirements for his badges. Bottom line, it definitely requires more than three hours a month. 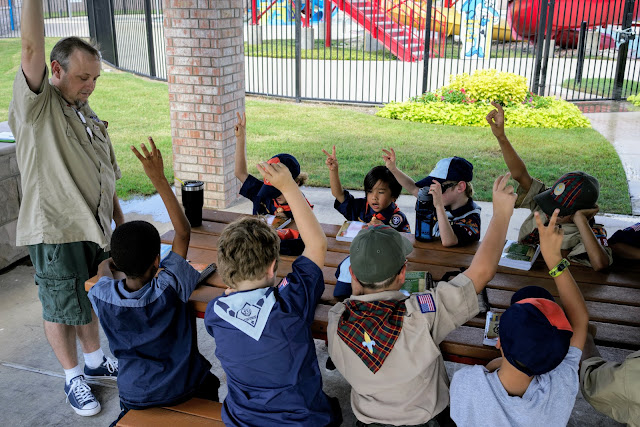 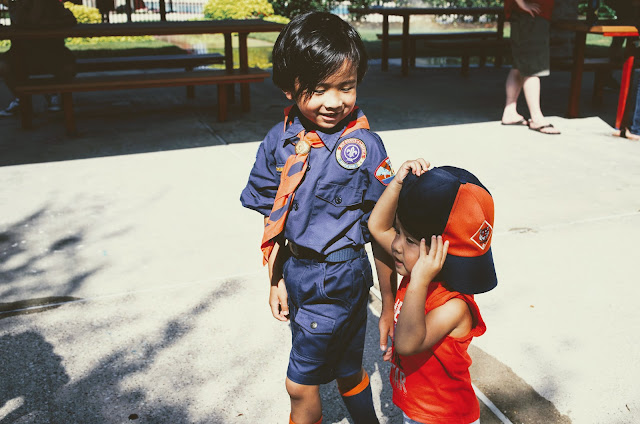 This weekend he got his first badge, the bobcat badge, which involved learning the scout oath and laws. I raised my eyebrow on a few things... like being "thrifty" was one of their laws. You mean I can't blow my money on frivolous things?? And there's a lot of talk about religion and I'm not sure how I feel about that. I don't know... like I said, it's a one year trial.

And Tyson already broke one of his scout laws. Below is a picture of his school planner, which a parent needs to sign/initial everyday. On Friday, Tyson went ahead and initialed for Lynn. He was actually bragging about how easy it was to forge. I couldn't reprimand him. It's something I would do (and have done). I couldn't help but laugh.