When it rains, it pours (literally) 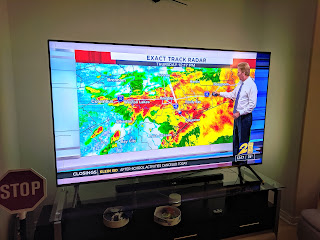 When it rains in Houston, there's always a chance of local flooding. So when a hurricane or tropical storm comes, flooding is guaranteed. It began on Wednesday when Tropical Storm Imelda made landfall. The school district canceled all classes so everyone got to stay home. The day was pretty uneventful, raining on and off, nothing too heavy. On Thursday, schools were open and we're back to our regular schedule... or so we all thought.

There were light showers when I left for work but by the time I got into downtown Houston (heading north), the rain came down hard and fast. Visibility was poor. Cars were forced to slow down. And the freeway began to flood. Oh shit. At that point I decided to bail, to go back home before I end up stranded but I couldn't get on the feeder road to U-turn back... the roads were already under water! So Plan B was to keep driving north until the beltway and take the long way back home. 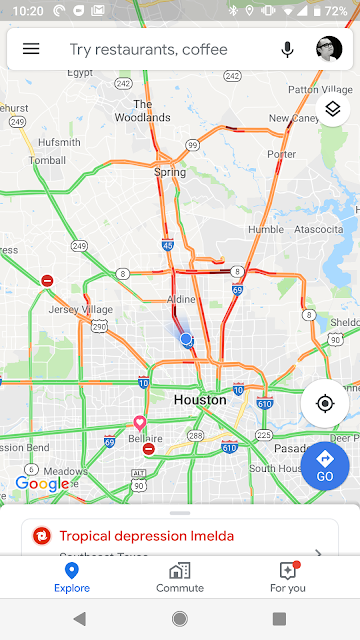 Thankfully I made it back before the freeways completely closed down, which took over two hours. The kids were also dismissed early from school but parents had to come pick them up. But we have three kids... at three different schools. It was madness. Eventually everyone made it home safely. That day was very reminiscent of Harvey.

Imelda was the fifth 500-year flood in five years.