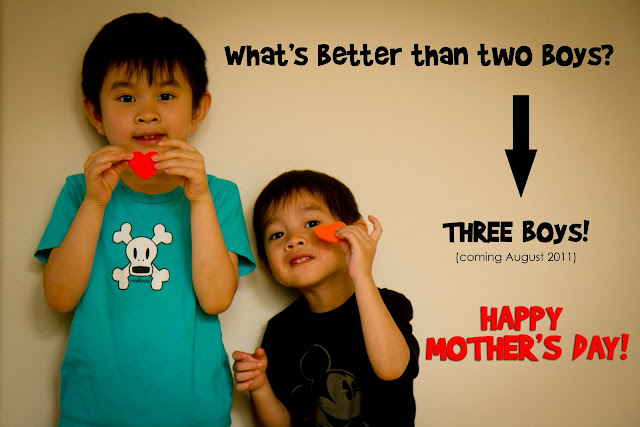 My weekend started when I got my work done by 11am. I had lunch with Lynn at Jax burgers. These burgers are of the big restaurant variety, I'm guessing 1/3-1/2 lbs patties. I've had their BBLT (bleu cheese) before which was good and this time tired the Baja burger (bacon cheeseburger with jalapenos). The burgers are super juicy to the point that it's messy to eat. I used multiple napkins to continuously wipe my hands and by the end of the meal, my plate had a puddle of grease that collected in the middle. They offer six different kinds of fries. The garlic fries have actual chunks of garlic, which was a little too much. The Cajun fries were too salty. The regular fries were good and I haven't tried the sweet potato, buffalo, or chili cheese fries. 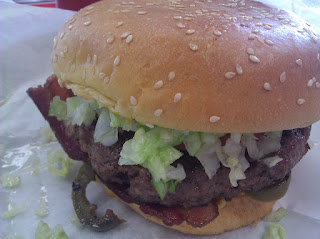 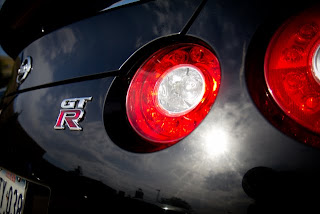 Saturday we went the Vintage Park again for the monthly Coffee and Cars. Time this we saw a lot more cars than the previous month probably due to the better weather. Looking at those cars makes me want to get one, specifically a black Nissan GT-R. With two kids (third one pending) and the fact that the MSRP is $90k, the probability of owning one is <0.01%. Maybe I'll blow our savings and get one during my mid-life crisis.

We ate lunch at Coco's Crepes where we got the chicken/basil pesto panini and a chicken/mushroom savory crepe. Both were very good. For dessert, we got more cupcakes at Treat Cupcakes. This time I tried the coconut cream pie and special chiffon cupcake for Mother's Day. The coconut cream pie cupcake had toasted coconut sprinkled on top of a buttercream frosting. The vanilla cupcake was moist and really good. The chiffon vanilla cupcake was very light with a light Chantilly cream frosting, I almost didn't feel guilty eating it.


That afternoon we went to Mike and Venus' house to celebrate Collin's 3rd birthday. With tons of food (and desserts) openly displayed, I did surprisingly good with my self-control. My one downfall was Mike's mom's pecan pie-ish bar. Initially I was only going to take one bite, but that became two, and next thing you know it's all gone... I ate the whole damn thing. :( It was just so good. We asked for the recipe and hopefully we will have it soon enough. It seems that Collin really enjoys playing with the boys as he mimics everything they do... I think it's quite hilarious but the boys would disagree.


Sunday for lunch, we ate dim sum at Kim Son with Lynn's mom, grandparents, and siblings for Mother's Day. Going out to eat for Mother's Day has to be one of the worst times to eat at a restaurant, besides Valentine's Day, due to the shear volume. If Lynn's mom (my mother-in-law) wants to go out to eat, there is a 90%, no 95% chance that she will pick dim sum. I don't get what the big deal is with dim sum... it's essentially eating appetizers for your meal. It's impossible to get full unless you eat 16+ dumplings but who would do that as you would get sick of it. On top of that, it gets pricey since it adds up quickly as each tray is not that cheap. It's expensive and unsatisfying. It's not bad or disgusting (well maybe the chicken feet) but if I'm spending $50, give me a good steak or better yet save some of that money and get a Popeye's chicken family meal with all the good sides. That, in my opinion, would be ten times better.

Sunday for dinner we went to my parent's house and had our own crayfish boil. 'Tis the season to eat mud bugs. The boys each made a card for their grandma (my mom) with Lynn's guidance and Jacob took it upon himself to make one for her too, with her sitting right next to him. When he gets older, he will learn to keep his card making/gifts a secret. He is so caring, constantly asking during the week about doing something for Mother's Day.


On a random, who really cares, note... Sunday is also the one-year mark since I bought my (attainable) dream car... a (used) Lexus IS250 black exterior/gray interior with navigation. I flew to Dallas just to get the car I exactly wanted. After 19,429 miles and multiple manufacturer recalls, it still runs smoothly and it makes driving around shitty traffic that less miserable. With the pending third child arriving soon, I am not ready to give up my car just yet, as seen here.