This year the group decided to go back to Breckenridge for our annual snowboarding trip. Why? Because Southwest had some crazy cheap flights to Denver. But this time around, instead of going straight to the mountains, I wanted to take a day to explore Denver.

We got in Friday morning and were driving out of the airport with our $47/day Chevy Tahoe by 10 am. But somehow, that was still not enough time. 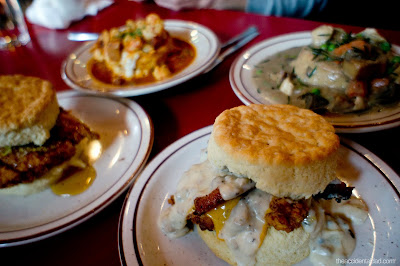 Our first stop, breakfast/lunch at the Denver Biscuit Company. They've been featured on the Cooking Channel and were listed as having one of Denver's 20 most iconic dishes. I ordered The Franklin which was on that list but everything we ordered was good. Everything! The next stop was the walk down 16th Street Mall. We had no agenda and fed the parking meter only an hour of time. No one would have known that we would be staying until the sun came down. We started at one end and checked out the capitol building. We walked into a rally and you could have seen Donson in the background if you were watching Telemundo's broadcast. 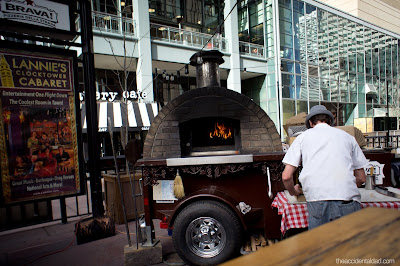 We continued down 16th street and came across Brava Pizza. They have a mobile, wood-fired brick oven. No one was hungry. I mean, we just finished eating our 1000+ calorie biscuit meals but I had to try. I love pizza, especially brick oven pizza. The results: I like. 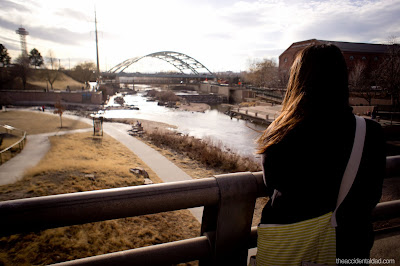 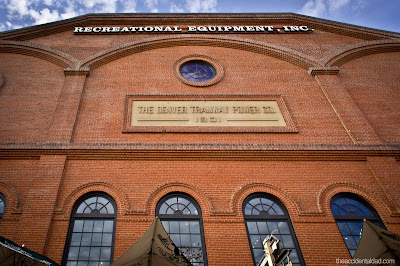 We kept walking until we reached the end. There was a nice urban park. We crossed the bridge and visited the REI flagship store. It was huge. I could have stayed all day but our time was running out. 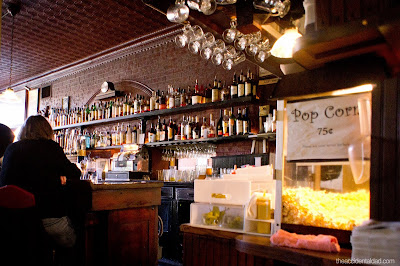 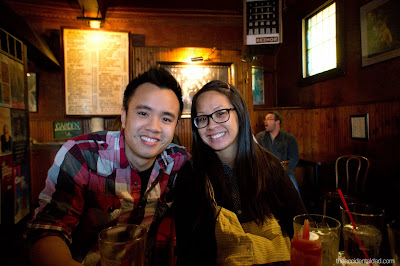 But close by there was another place I wanted to check out, My Brother's Bar. I had to try their JCB (jalapeno cream cheese burger), which was listed as an iconic dish. And I wanted some beer too. 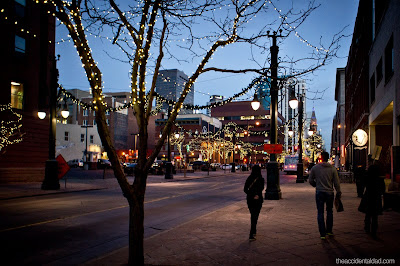 After eating (when not hungry... again), we slowly headed back. After checking out a few more stores, it was time to head to Breckenridge. Denver is a really cool city. It seems very laid back, hipster-ish but not too much. It kind of reminds me of Austin.


Wow, I didn't realize how much I wrote and that was just one day. So to keep it short, Saturday and Sunday we snowboarded in Breck during the day and did night skiing/boarding in Keystone. The most memorable moments were the cashing in of lost bets. Warning: The following content may contain elements that are not suitable for some audiences. Viewer discretion is advised.

Here are other pictures during our time in Breckenridge.