Never thought this day would ever come but I am officially a soccer mom dad. Jacob joined our neighborhood soccer league and to get a sense of how big this league has grown, there are TWENTY FOUR teams... just for his age group! And with that, there are only so many colors to go around before you run out. But no, this was not a problem for this organization. They have colors like turquoise, burgundy, lime and tangerine. Unfortunately, Jacob was assigned to the lavender team. I would have settled for any other color besides that one. Well, not pink but that wasn't a choice probably because it's not a unisex color... like lavender. (sarcasm)

In this league there is no official score keeping but I know the parents were secretly keeping track. I stopped at halftime. Is it called halftime? Obviously, I don't know anything about soccer. All I know is that Jacob's team got destroyed. The final score was (add a large number here) to zero. The competitor in me was like "Holy shit. Let's go!" but these are young kids and it's only their first game. What's most important is that Jacob had fun. 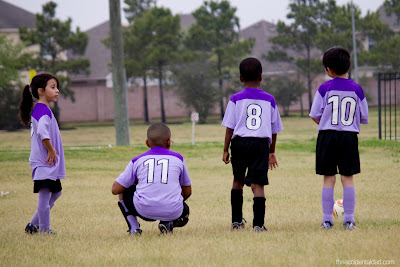 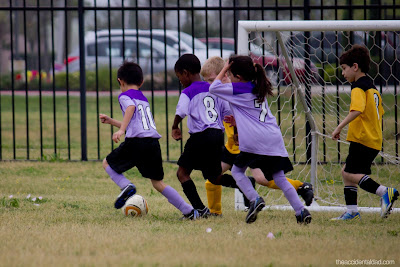 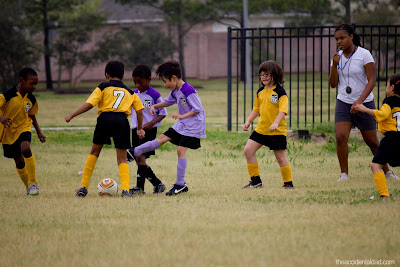 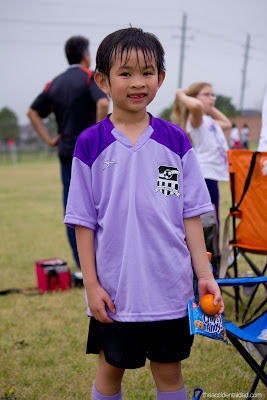