You know what that means, say goodbye to any free time you had. Jacob has two practices a week and Andrew has one a week, each of which takes an hour out of your day. Then weekly games are an hour long and with two kids this season, double that. Factor in time to do their daily homework, read and eat dinner... there's little time to "play". 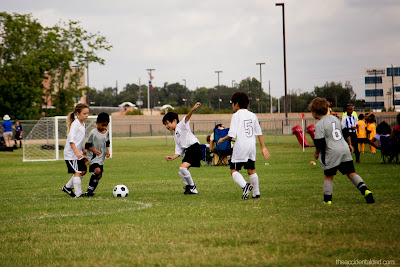 Jacob had his game first and while I did see some improvement, he's still the same old Jacob. He's like a giraffe. His legs are too long for his body and he falls down way too easily. But it's okay, it's all for fun anyway. At the end of the game, he asked me what the score was and I told him, "I don't know. It doesn't matter. Everyone is just playing for fun." He replied, "I think it was a tie." I don't think he was listening to me. 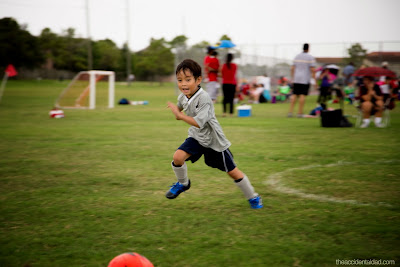 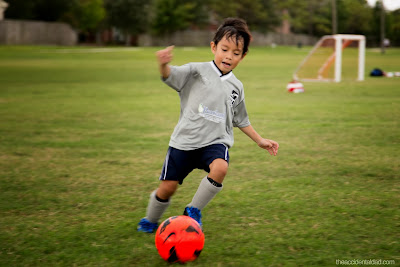 Then Andrew had his first soccer game. I knew he would be better than Jacob but he was much better than I had expected. He had multiple shots on goal, three of which hit the goal post, and he finally scored on the fourth shot. Hopefully he can keep this up. Professional soccer players don't have to be tall right? 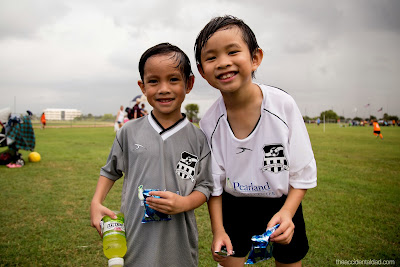