Have you ever heard of the term helicopter parenting? According to dictionary.com, it is a style of child rearing in which an overprotective mother or father discourages a child's independence by being too involved in the child's life. It seems more prevalent in this generation of parents and it needs to stop.


So I was going to go into this long diatribe against helicopter parents but thought eh, who am I to speak against these types of parents? I'm no expert in parenting but in my opinion, helicopter parents suck. They raise a bunch of wussy children who can't function on their own. Let your kids grow up! You won't always be there for them! Okay I'm done.

Anyway, as part of the movement of letting the kids be more independent, we let the two big boys bike home from school by themselves. Was I concerned? In the beginning, maybe just a little bit but I trust them. This is a big difference from the days where I used to yell at them for crossing the street without holding my hand. In retrospect, I was a helicopter parent but now I'm trying to right the wrong.

Here is a quick read regarding this subject: How to give your kids freedom in a dangerous world. 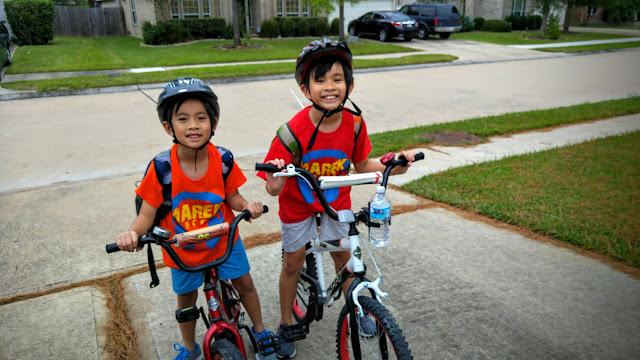