My second favorite time of year, this one weekend. First there's Thanksgiving. What does this holiday mean to you? Has everyone forgotten that this "holiday" started out with white people befriending the Native Americans and in the end, slaughtered them and stole their land. Doesn't sound like a joyous celebration to me. But no, this holiday is a time for family to come together and to reflect on what you are thankful for. I'm thankful for having a healthy and happy, albeit crazy, family.

We had our immediate family over for Thanksgiving dinner. I made the turkey this year, following a new recipe. Even though I forgot to take out the bag of giblets (again), it turned out pretty well. I also made the mashed potatoes which was really simple: Yukon gold potatoes, heavy cream, butter and salt. After eating that, packaged mashed potatoes, which I thought tasted fairly good, will never be the same again. I have been spoiled. My pseudo-diet was nowhere to be found that night and I overstuffed myself. It's almost mandatory to overeat during Thanksgiving along with a nap immediately afterwards.


Football was running nonstop on our TV (three NFL games back-to-back-to back) and we watched the last ever Texas vs Texas A&M game. Sadness. But the ending of the game was the opposite of sadness, well depending on which team you're rooting for. A game winning field goal by Texas ends this long time rivalry. Suck it A&M! You guys will get annihilated in the SEC.


The next day was Black Friday, but they should change the name to Black Wednesday or even Black Week since most of the deals started way before Friday. And I went a little nuts this year. Like I've said many times, I can't pass up a deal. Below are all the items I bought this weekend and I may/should return a few of the items. As I'm writing this, Cyber Monday is actually starting now (and it's Sunday!) so more products may be added later.


Most of the actual weekend, Friday-Sunday, was spent taking care of baby Ty. He got crazy sick. His eczema blew up and his temperature ran up to 105F. He was really agitated and not himself. It was really sad. Lynn and I took turns during the day and in the middle of the night holding him to sleep. He could sense when he was put down in his crib and cry bloody murder. My baby nickname for him is "lungs" because his cry is exceptionally loud, ever since Day 1. (Andrew's nickname as a baby was "handcuffs". Can you guess why?) But staying home allowed me to catch up on most of my TV shows. My newest show that I'm addicted to is Homeland. If you never seen it, go download it or something and watch it. I heart Damian Lewis ever since Band of Brothers and Clarie Danes (who I never really cared for) is a really good actress. It's one of those shows where I'm anxious and excited to see the next episode. I haven't had that feeling since the beginning of Lost. 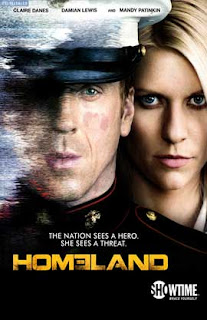