Take me out to the ball game

Take me out with the crowd. Buy me some peanuts and well, you know the rest. I wanted to take the boys to at least one Astros game this season and with the summer heat creeping upon us, the sooner the better. The Rangers were in town this weekend so this was the perfect time to go. Because really, who would want to go watch the Pirates or Brewers? Not me.

We went to the Sunday afternoon game and it was only me and the boys sans baby. It was over by the first inning... and I'm not talking about the game. Well actually, the game was pretty much over as the Rangers scored five runs in the first inning. But I'm talking about the boys. The 1 pm start time is prime time for the boys to nap. Andrew was super whiny and probably hungry but initially refused to eat. Jacob asked a million questions. "When are they going to start? How many strikes does he have? Who is that? Why did they get three points? How do they score? When do the Astros hit? How do they get out?" It was endless. I like that he wants to learn the game but I was preoccupied with a whiny 4 year-old. I eventually got him to eat his hot dog and loaded him up with Sprite and he was back to his crazy self. The game itself was long and I didn't want to end up carrying two unconscious boys back so we left early. 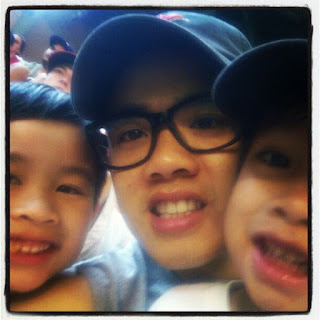 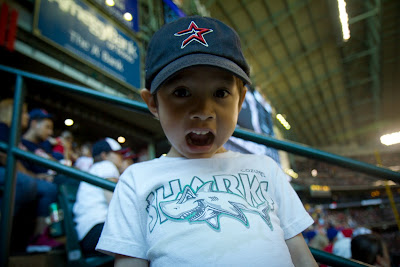 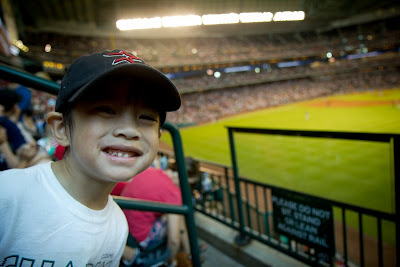 We headed to Discovery Green for more running and playing. Andrew really wanted to go through the fountains. I was constantly reminded of that throughout the baseball game, another reason we left early. After burning off their hot dog and Sprite, it was time to head on home. They instantly crashed in the car. And I did the same when we got home. 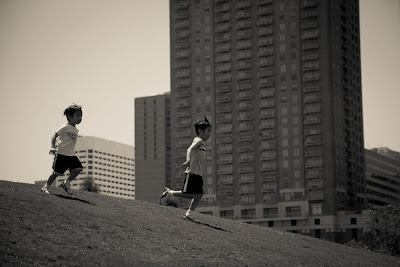 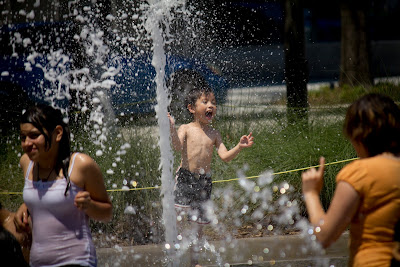 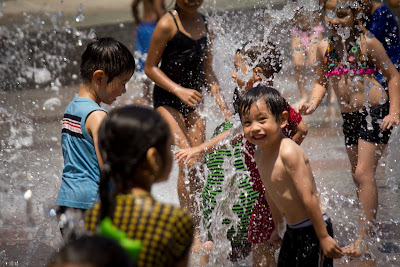 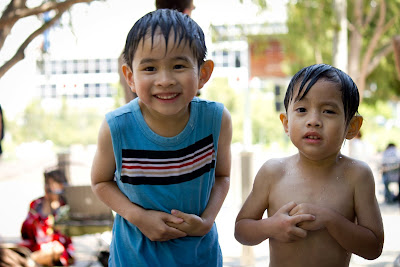