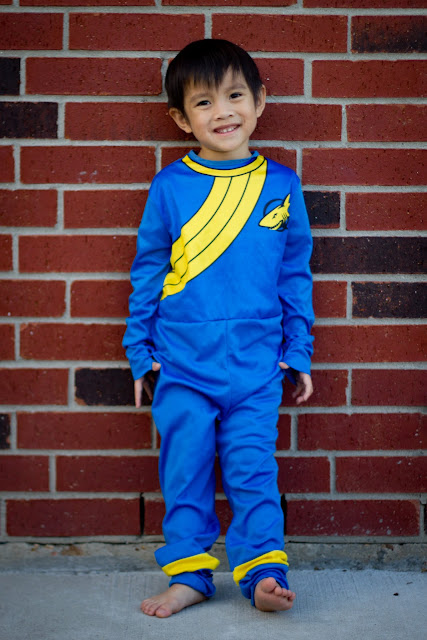 Andrew got this costume from his grandmother's sister, my mother-in-law's sister or more easily said, from Lynn's aunt. But I don't have the slightly clue what this is a costume of. He thought he was a Transformer but I quickly shot that down. The closest thing that it resembles is a Power Ranger but they never had an emblem of a shark... I don't think. Or could it just be a random costume? Maybe some costume designer from China said, "Let's make a blue suit with three yellow stripes that curve off to the side and put a shark patch on the chest. Kids will go ape-shit for it." Or maybe I've been living in a cave too long and this is a costume of a legit character. Do you know? Tell me!

And say hello to the newest superhero, Captain America Underbite. 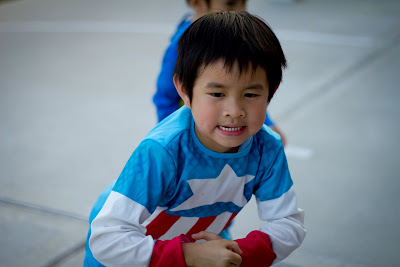