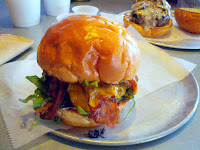 I didn't do anything special or extravagant this past weekend but it was a good one. At this point in my life, if I can get multiple things crossed off of my long list of to-do's, then that's considered a good weekend. But if we have time to clean the house AND go out... that's the ultimate.

Saturday evening we had a date night, i.e. go out without any of the kids. It's been so long. I miss the experience of eating kid-free, not having to worry about them eating and behaving. People without kids take this for granted. Our original date night was to eat at a "fancy" restaurant but that was pushed back because of our sick baby so this night, we ended up at The Burger Guys. Not a high-end restaurant but the food was great. Without getting too much into it (I was considering starting a food blog just to keep a record), this was probably the best burger I've had so far. The Sonoma burger with duck fat fries served with Sriracha lime aioli and finished off with the cafe sua da milkshake... it's a wrap. 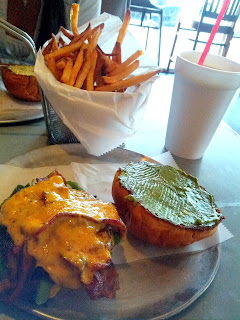 After dinner it was movie time. We watched Celeste and Jesse Forever. I liked it. I really liked the cast (Rashida Jones and Andy Samberg) and their chemistry. If there were two different actor/actresses, I don't think I would have cared for it. 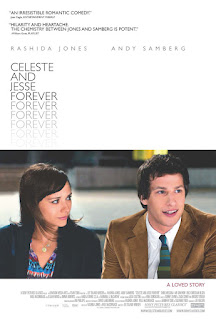 Sunday morning everyone woke up to awesome weather (60-70 degrees), which was a perfect time to meet up with Mike and Thu for a run. My goal is to incorporate one long run a week to train for the upcoming Tough Mudder. It was rough but manageable with your buddies with you. I definitely burned off that gluttonous burger from the day before. We could have gone faster but stopped along the way to attack the monkey bars and pull up bars, true Mudder-style.

And the start of football season (and fantasy) is finally here! Let's go Texans! Let's go team "Ghost of Justin", which I am the defending champion, team "BEAST-iality Mode" and team "Ted DiBiase". Let's go!