Master of board games 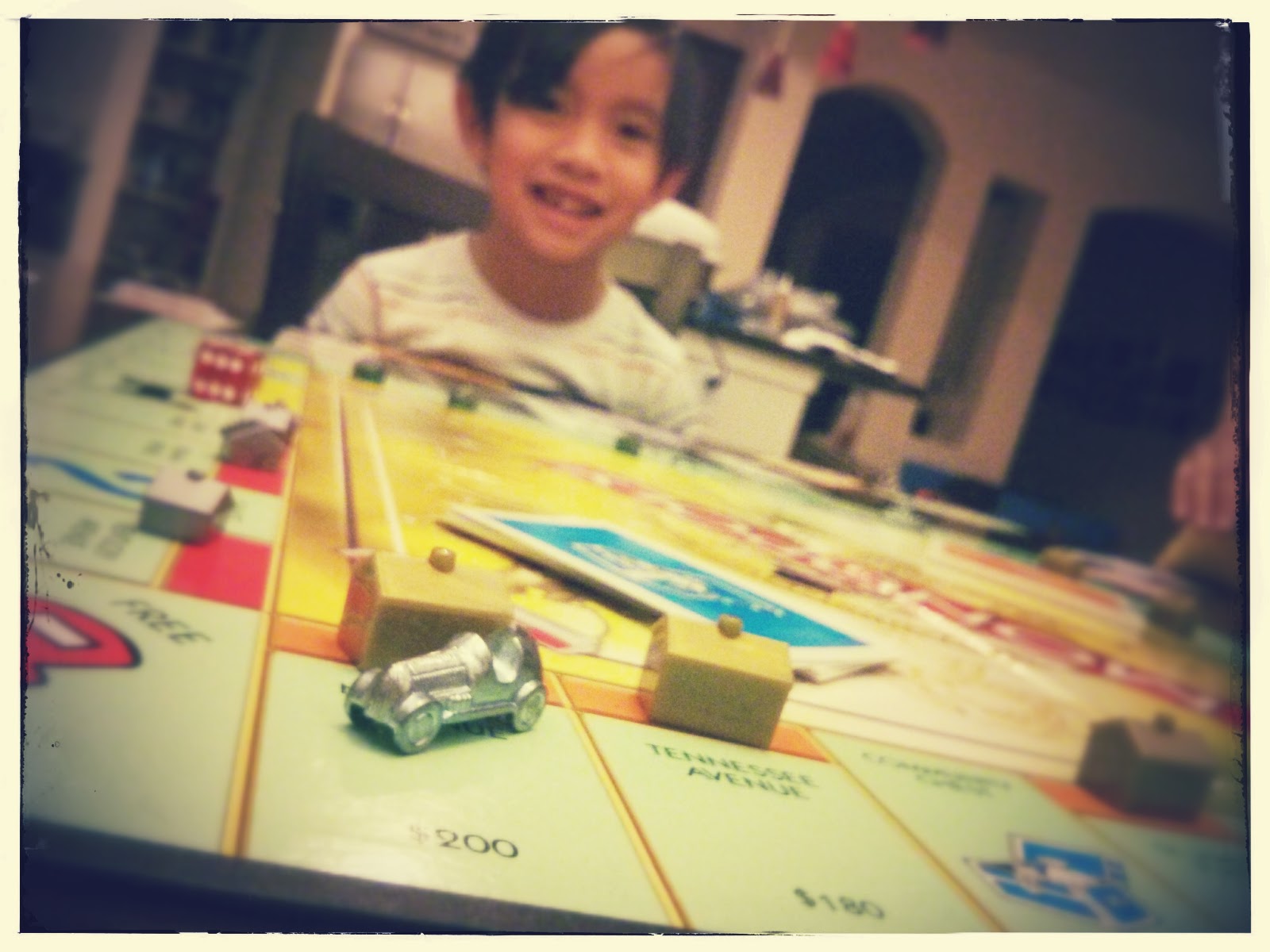 A couple weeks ago we played Monopoly for the first time. By the official rules. Did you know you don't get any money for landing on Free Parking? And if you roll more than three consecutive doubles, you go to jail. Oh, and if someone lands on a property and they don't want to buy it, then there's an auction for that property... and the person who didn't want to initially buy it can be in the auction. Yeah, the real rules. I don't remember ever playing like this so it's like a brand new game for all of us.

Andrew is a big time spender in Monopoly (and in real life). Many times he was on the brink of bankruptcy but those investments paid off. After several hours of playing into the late night (10 pm), Andrew eventually won as we all died a slow death.

Days later we decided to try another board game, The Game of Life. In this game, I think the outcome is determined at the very beginning. Depending on what career you get, you're either destined to win or just screwed. And of course Andrew landed of the highest paying career, the lawyer. But that only helped him fuel his future fortune. He played the stock market (which is essentially gambling) and won. I don't think he had any kids. He got sued twice (paid $300,000 to another player) yet still ended up with the most money. I, on the other hand, ended up with the most kids. Is this real life??