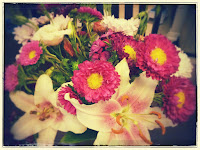 This was a busy and fun weekend. On Saturday we were out literally all day. It began with the boys soccer games, which started at 9 am. After their games finished (noon), we went out to eat cafeteria food a.k.a. Luby's (kids eat free all day Saturday!). Not counting recently, I think the last I went to Luby's was when Jacob was still a baby (roughly eight years ago) but this is the second week in a row that we've been. Weird cafeteria food craving, I guess.

Afterwards we all went car shopping because well, we're eventually going to need a bigger car. We checked out a couple dealerships and it's all the same thing. I tell them what I'm specifically looking for and they tell me they don't have it in their inventory. Okay fine. But stop trying to sell me something I don't want! So ugh! Then it was off to Lynn's uncle's house to celebrate Mother's Day with the in-laws. We did some more swimming. Ate a lot of food. Drank some good whiskey. And drank some good coffee, courtesy of Cau Hiep's barista skills and baller espresso machine (and grinder).


On Sunday morning (Mother's Day), the plan was to surprise Lynn and make her pancakes for breakfast. I told the boys that whoever woke up first, to (quietly) wake me up. And that they did at 6 am. I could barely get up (thanks to the exhausting day before) but remembered this was for the mother of my children and powered through. The boys pretty much did most of the prep and I did the cooking. This is the pancake recipe I used. It's a keeper.


Later that night, I wanted to take my mom out for dinner but she didn't want to. According to her, she's too old and tired to go out to eat. Instead we stayed in and ate one of my favorite meals, bo chien bo (butter fried beef) wraps. 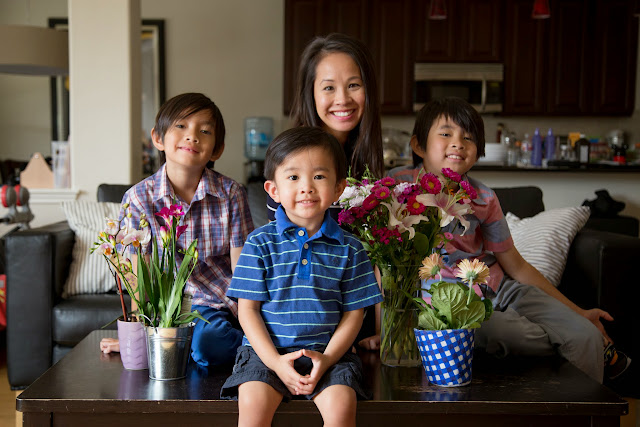