The extended July 4th weekend (Fri-Mon) was really random, but fun. It started like any other day off, with the kids playing around the house and the parents doing house work. Then all of a sudden, we decided to have an impromptu board game tournament among the boys (myself included). Of each game played, 3 points went to first, 2 points to second, 1 point to third and last place got nothing. And guess who won the whole thing. It was Andrew, the master of board games.

We decided to "grill" a day early since we wouldn't have been able to on the actual day. Everyone got to make their own hot dogs and the choices were pretty interesting.


On July 4th, we spent the afternoon with Lynn's side of the family to eat a good ol' American classic, pad Thai. Haha. No hot dogs or burgers here. Kidding aside, it was pretty good. Later that evening, we were off to catch the Houston Symphony at the Miller Outdoor Theater. This year, we were a little more prepared and started camping on the hill two hours prior to the start of the show (and it was already crowded). The mass of humanity was incredible. And being outside for over four hours was a little rough, but it was fun. 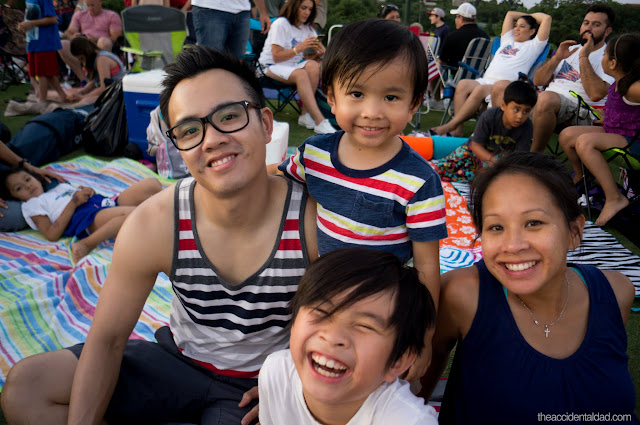 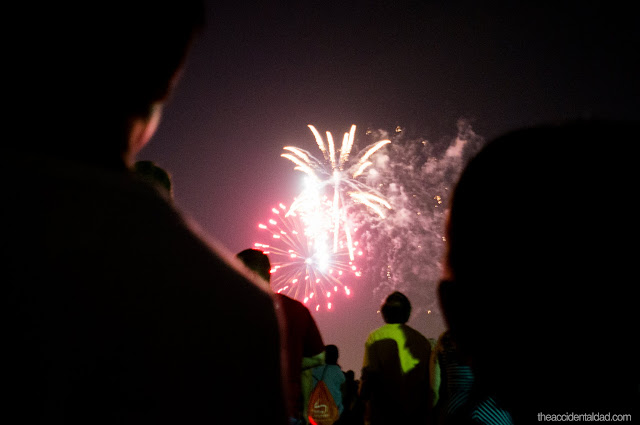 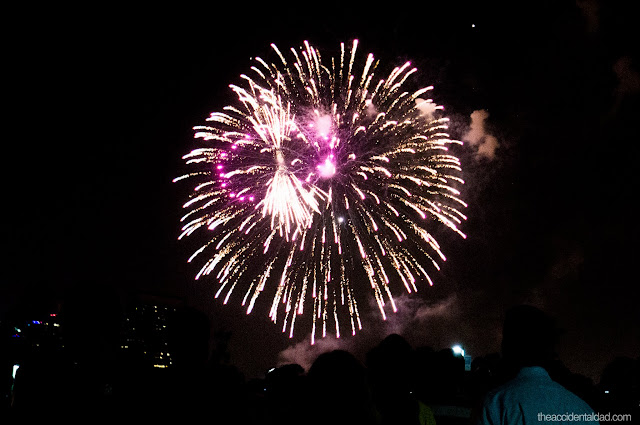 On Sunday (July 5), Lynn and I dropped off the kiddos with my parents and booked a night stay in The Woodlands. It was our little staycation (although I'm not too fond of that word). We did what we do best: eat, shop, sleep and repeat.