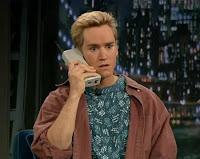 The call. The phone call the father-to-be receives from his pregnant wife (or girlfriend) telling him it's go time. The days leading up to the call can be quite nerve racking. Are you ready? Are you prepared to leave at a drop of a dime? This is my recollection of what happened when I received "the call" with the three kids.


Jacob
My day started at 7 am working the morning shift at Memorial Hermann. Typically another pharmacist would come in at 8 am but that day, she called in sick. No biggie, it'll just be busier than normal. The pharmacy director, manager and clinical pharmacist were off campus at a meeting so I wouldn't have been able to ask for their assistance if it were to get really hectic. I would be all alone until 12 pm which was when the next pharmacist was scheduled to arrive. Then I get "the call". Lynn's water broke and it was time to go. The only problem was, I was the only pharmacist in the entire hospital. I couldn't leave! Geez, out of all days for people not to show up for work. Just my luck. Eff that, I called my manager's cell phone and after what seemed liked the longest hour ever, she got a hold of a night pharmacist from another hospital to come in to relieve me. For a moment there, I thought I was going to miss the birth of my first child.

Andrew
It's the day after Christmas and I'm working at the hospital (again). We're short-staffed (again) since a lot of people are on Christmas vacation. I got "the call" in the morning around the same time as Jacob's call. But this time my director was at work since Christmas means nothing to him (Muslim) and I bounced. My four-week vacation/paternity leave started at that moment and the pharmacy was short-staffed pharmacist-wise for quite sometime (two per day vs the regular four) but I did not care.

Tyson
With the advancement of technology, there are more communication options than a phone call. This time around, there was no "the call". Before I left for work that morning, Lynn said she was feeling some contractions and felt like it might be the day. I said my goodbyes, "I will see you later" to both her and the baby inside her belly. She kept me up-to-date via Gmail chat. And when I wasn't on my work laptop, she kept me informed via text messages to my phone. It was all building up to the climax and you could see it coming. It didn't have the initial shock value as with the previous two calls but I still got that adrenaline rush when it was time to go.
Email This BlogThis! Share to Twitter Share to Facebook