Happy anniversary... or not

It was our (Lynn and I) anniversary several days ago and it was anything but happy. All of our kids were sick at the same time. My guess is that they picked it up from the Tet parties last weekend. It only takes one sick kid to spread his/her germs to everyone and my kids always seem to be on the receiving end.

The actual day of our anniversary landed on a weekday so doing something "special" was out of the question since there was no one to watch the kids. No big deal. I would have settled for a nice, quiet night but who am I kidding. That's never going to happen.

Jacob woke up with a fever of 103F and was lethargic for the entire day. He stayed home from school of course and just lied down for most of the day. Andrew had multiple bouts of explosive diarrhea. Lots of running to the bathroom and close calls. Tyson, being a non-verbal communicator, was fussy and cried all day long, which required the services of one parent at all times. Handcuffed. Later that night, Jacob puked all over the leather couch followed by dry heaves. Good thing I didn't go with the microfiber/suede couch when I first bought the house. Shortly afterwards, Tyson projectile vomited on me as I was holding him. It was so disgustingly warm. It could have been worst... all of us (parents included) could have been sick at the same time. If that were to ever happen, I think the world would just end. 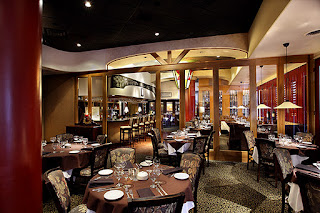 Days later... so the plan was to go out for dinner on Friday night to (according to their website) the most romantic restaurant in Houston and the second best Italian restaurant in Houston as voted by the people. Second best? I'm sure that's a good accomplishment but advertising that fact makes them seem kind of desperate. But I'll never know how truly good they are since we never made it. Tyson had not recovered yet. Can you blame him? His teeny little body is constantly getting ravaged with different illnesses. And as I'm writing this, it's my turn to experience what the kids just went through minus the vomiting and diarrhea (thank God). Happy anniversary indeed.
Email This BlogThis! Share to Twitter Share to Facebook