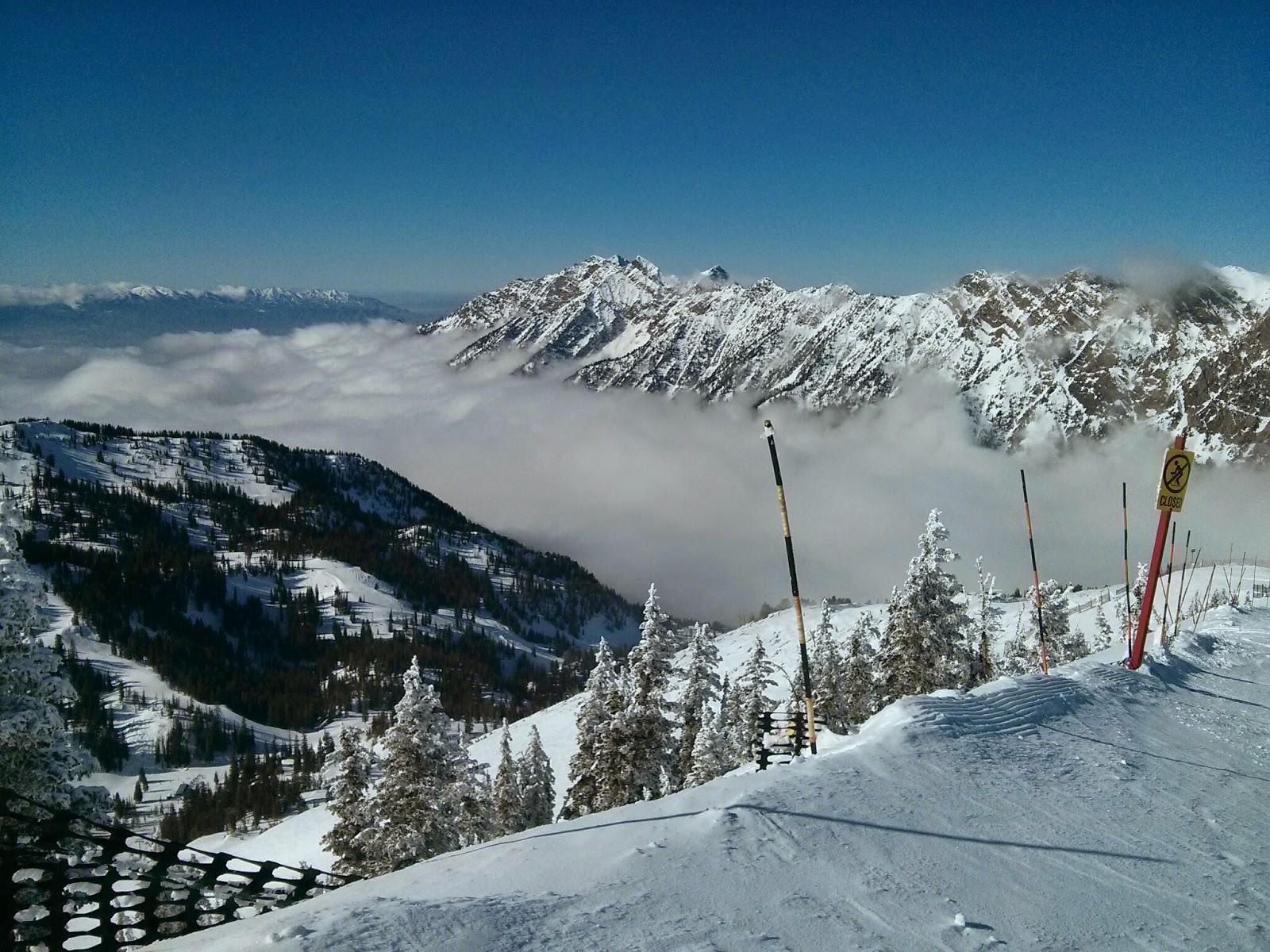 For the past 5 years, my same group of old high school friends have been going on an annual snowboarding trip. Well, not last year (too much indecisiveness). For this trip, we went back to Utah to snowboard at three different mountains in three days. And there was also a lot of movie watching (Sundance Film Festival), eating out and drinking.

We got into town on Friday and went to eat pho at what looked like someone's house (Pho Tay Ho). They only had one cook (grandma), one busboy/server (mom) and one cashier/waiter (daughter). It was one small operation... and small portions. It might be a Utah thing but nothing ever gets filled to the top. Water, coffee or anything!

After eating, making a Costco food run and settling in the house, we were off again for dinner at Tosh's Ramen. This was my first experience with real, authentic ramen (not the stuff that comes from a package). I thought it was pretty good. But that's like white people saying someone's pho is pretty good... you can't trust it.


Then it was off to our first Sundance movie, The Nightmare. What was supposed to be a scary documentary about night terrors ended up being a snore, literally. We all at one point or another fell asleep during the movie. It got too ridiculous when the "dark shadow man" allegedly had sex with one of the people being interviewed. Uh, you nuts lady.


Saturday we headed to Snowbird for our first day of snowboarding. It was fun and crazy at the same time. We traversed through some of the craziest paths (narrow and rocky with trees on one side and a drop off cliff on the other). Come to think of it, I don't even know if we were on a marked trail. And to finish the day, we boarded down the mountain on more narrow paths in crazy thick fog with horrible visibility (can't see more than 10 feet in front of you). It was insane.


That night a few of us drove an hour to Ogden to watch another Sundance movie, True Story. It stars Jonah Hill and James Franco in a dramatic film (go figure). I liked it. It must be good because I didn't fall asleep.

Then we went to Slackwater Pub and Pizzeria to eat and drink. Everyone knows the rules regarding water when traveling abroad: never drink from the tap and always drink from the bottle. Those same rules apply to the beer in Utah. My first drink was a draft beer and it was so watered down. It's as if someone ordered an espresso and got an Americano... in the same tiny cup. But they made up for it with their pizza. It was good, really good. Good crust and unique flavors like the chicken marsala and curry pizza. If I'm ever in Ogden again, I'll be back.


Sunday we went to Solitude for our second day of boarding. It was full of wide open, short runs. And the best part was that there was virtually no wait lines for the lifts. We skipped lunch and made a ton of runs that day. We had to cut it a little short because of the Super Bowl.


Seahawks vs Patriots. With no clear favorite, this was destined to be a close, good game. And it was. It was nerve racking from the start of the game to the very end but maybe it was because we had some crazy bets going on. I won't divulge what those bets were but there was a lot of alcohol involved. 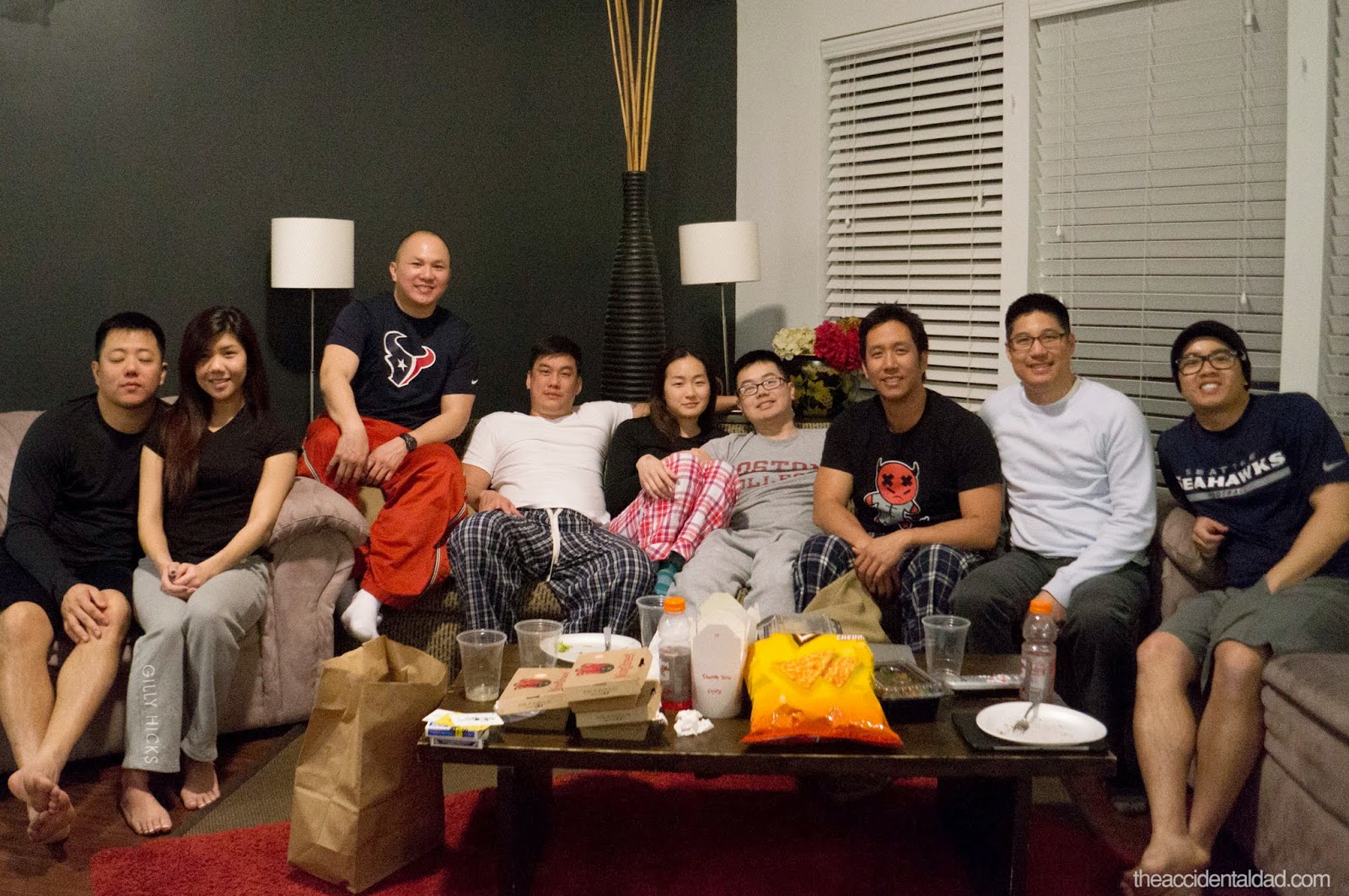 Monday we headed over to Park City. After boarding for a couple hours in the morning (three days straight) and eating a filling lunch, my old body was done. I was ready to relax and do nothing. My friend Au and I just hung out in the town while the rest of the group boarded. It was good to just chill. Our last night at the house was full of shenanigans: poker, LCR and drinks. Good times.


Tuesday morning we ate Dim Sum House before heading back to Houston. This was a fun (almost a guys only) trip. It was great to catch up with old friends. Hopefully this tradition will continue on.