There's a game during the Super Bowl? 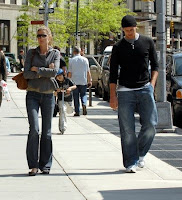 Super Bowl XLVI is today. Giants vs Patriots. People are gearing up and preparing for this one game. Some people would consider this day a holiday... it's their Christmas. To me, it's just another football game. I know, blasphemy. Unless your team is in it, why should you care? Don't get me wrong, I love football and I'm still going to watch it but the other stuff seems more interesting than the actual game itself. Obviously there are the commercials and halftime show but are you aware of the prop bets?

Wikipedia defines a prop bet (proposition bet) as "a bet made regarding the occurrence or non-occurrence during a game (usually a gambling game) of an event not directly affecting the game's final outcome." Looking through some of the bets, they are quite ridiculous but making such wagers would make a game that more interesting. Here are some prop bets and odds from Bovada.

Will Madonna wear a hat at any point during the Super Bowl Halftime show?
Yes   -140
No   EVEN
The only Madonna performance I ever saw was the one where see sang Vogue on MTV. Everyone had on Victorian dresses and I believe she had something on her head. Even though that was years ago, I'll go with yes to a hat.


Super Bowl XLVI
New York Giants   +3
New England Patriots   -3
Okay, enough with the prop bets. The trendy pick is The Giants and it shows with over 60% of the bets going for them. In the last 21 Super Bowl games, Vegas has won on 19 of them. So if the majority are betting one way, do the opposite.
Email This BlogThis! Share to Twitter Share to Facebook