One more month until he turns one! Oh how time flies. I must soak up all of his baby-ness before it's too late. Sigh. All of our kids were different in someway when they were babies but when compared to Tyson, he is the odd-ball out.

First, he doesn't take the pacifier. This may sound like a great problem to have but when he's crying uncontrollably in his car seat at night because he's either scared and/or overly tired, it's crazy. Normally, a pacifier would easily solve this issue but no, we have to endure a long car drive of frantic crying. And no, we're not taking him out of his car seat like a FOB parent would do. That's another issue I have... FOB parenting, but I will rant about that on another day. 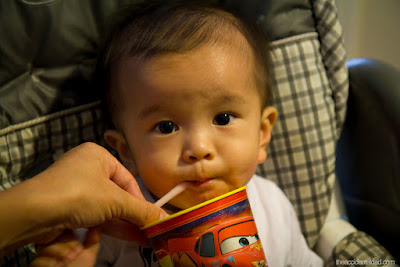 Second, baby Ty does not take the bottle. Again, this may sound like a non-issue but it is. How else are you to feed him in the middle of the night when he's hungry? So how does he get his milk? Through a straw. He can also drink from a regular cup but it's faster and less messy with a straw.

Third, he's more playful and interactive. He has more of a personality than the other two boys when they were babies. 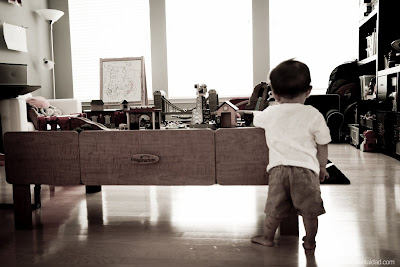 And now he's cruising. He's officially behind Andrew as he walked at 11 months but still has one more month to learn if he wants to catch up to Jacob, who learned to walk on his birthday. 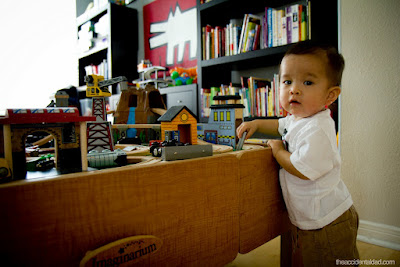