The word vacation is in quotes (again) which will soon be explained. And the II denotes our second winter break road trip as a family. This was something I wanted to do again after the disastrous first trip of two years ago. I wanted redemption. But unfortunately, I would not get it on this trip. Throughout the whole trip, I kept finding myself repeating the same words: what the fuck!


My long story (skip over the next three paragraphs if you don't feel like reading my ramble):

The beginning of this "vacation" began in late November when I got approval to take a week off in December. Being that it was so late, it was hard to find any rental homes at any of the "close" ski resorts (Taos, Red River, Santa Fe). In fact, I didn't find any, which is not surprising because it was also during winter break. So, I decided to look in southern Colorado. What's another two hour drive? And I booked a house in Pagosa Springs, CO, which is close to Wolf Creek (they boast about getting the most snow in Colorado). Done. 16 hour drive plus pit stops. The plan was to leave early Saturday morning and be there by Sunday afternoon. But then on Friday night at 8pm, just hours before leaving, I receive a notice that my reservation was lost. WHAT THE FUCK! After the rage subsided, I had to scramble to find a place.This pretty much left the door wide open and I started to look in New Mexico again. I also contemplated about just canceling the whole trip. But no, let's power through. The kids were excited to play in the snow. Being so last minute, I booked a hotel in Santa Fe.

But I don't want to spend my time in Santa Fe. What's there to do? I can't plan an entire trip in the few hours before leaving. I'm still packing! So during the drive to Amarillo, I emailed and texted a person from airbnb regarding a house in Taos. That would have been perfect, had everything gone accordingly. He said he could only accommodate us for 3 nights (not the 4 nights I requested). Okay fine. I'll take it. Only he never responded back when I agreed. What the fuck! So we're here in Amarillo and it's late at night and we still don't have a place to stay or destination. Oh the STRESS! At this point, I just looked on Google maps to see what cities are close and that's when I saw Denver. It's only 6 hours away (the same drive time as it would have been to Pagosa Springs). I've always like Denver. It's a big city with stuff to do. We can still go skiing and snowboarding. Screw it, let's go! So just like that, we made an impromptu trip to the Mile High City.

We made it safely in Denver on Sunday evening. As I was putting Tyson in the car to go out for dinner, my wedding ring slipped off my finger (due to my damn fingers shrinking in the frigid cold). What the fuck! I couldn't find it. It was dark and effin' cold. Maybe it fell in the snow? Maybe it's still lodged somewhere in the car? There was no time to look. Everyone was hungry and it was really cold. Did I mention how cold it was?

But don't get me wrong, this trip wasn't a total disaster. The kids loved the snow. Loved it. We stayed in Denver from Sunday to Thursday, the same days a winter storm came barreling through. The city got dumped with snow and the temps dropped below zero. It's fun to play and look at, but sucks to drive in. The plan was to drive up to the mountains to ski/snowboard for a day or two but with the hazardous conditions, I wasn't about to risk it. Those roads required tire chains and we're in a non-AWD drive vehicle. No thanks. I took them to nearby Wallace Park to play and run around in the snow and on the next day, took them sledding at Rose Hill Park which had some huge hills. That's all they needed, to play in the snow.


We also did some walking and shopping along the 16th street mall, spent New Years Eve night at the Denver Zoo Lights and of course, we did a lot of eating out. Here is a list of you-can't-eat-this-in-Houston restaurants we dined at: Larkburger (good), The Original Pancake House (good), Pho Saigon (no good), Pho Lee (decent), Duffeyroll Cafe (eh), Carmine's on Penn (stop up-selling me!), Caribou Coffee (better than Starbucks)


After four nights in Denver, we headed back to Amarillo for a night and then to Dallas for another couple nights before heading home.


And then on our last night of the oh-so-long trip, the hotel fire alarm went off at 3 am! What the fuck! Talk about a rude awakening. We had to wake the kids up, quickly get them dressed and drag them outside into the freezing cold. For a moment there, it looked serious as the stairwells were flooded from the water sprinkler system. It was nuts. We were outside for probably an hour before we could go back in. This was a fitting way to end this crazy and bizarre trip.

This "vacation" was a solid week of hotel stays, living in cramped space, going out to eat for every meal, and lots of driving. I was so happy to be home. And I'm not sure we'll be taking another week long, road trip style vacation with the entire family any time soon. There was a lot of "Are we there yet?" "Where are we?" "I need to pee." "I'm hungry." "I'm tired." You know what guys? I'm tired too.

This whole trip was nuts. What was nuts? DEEZ NUTS!!! 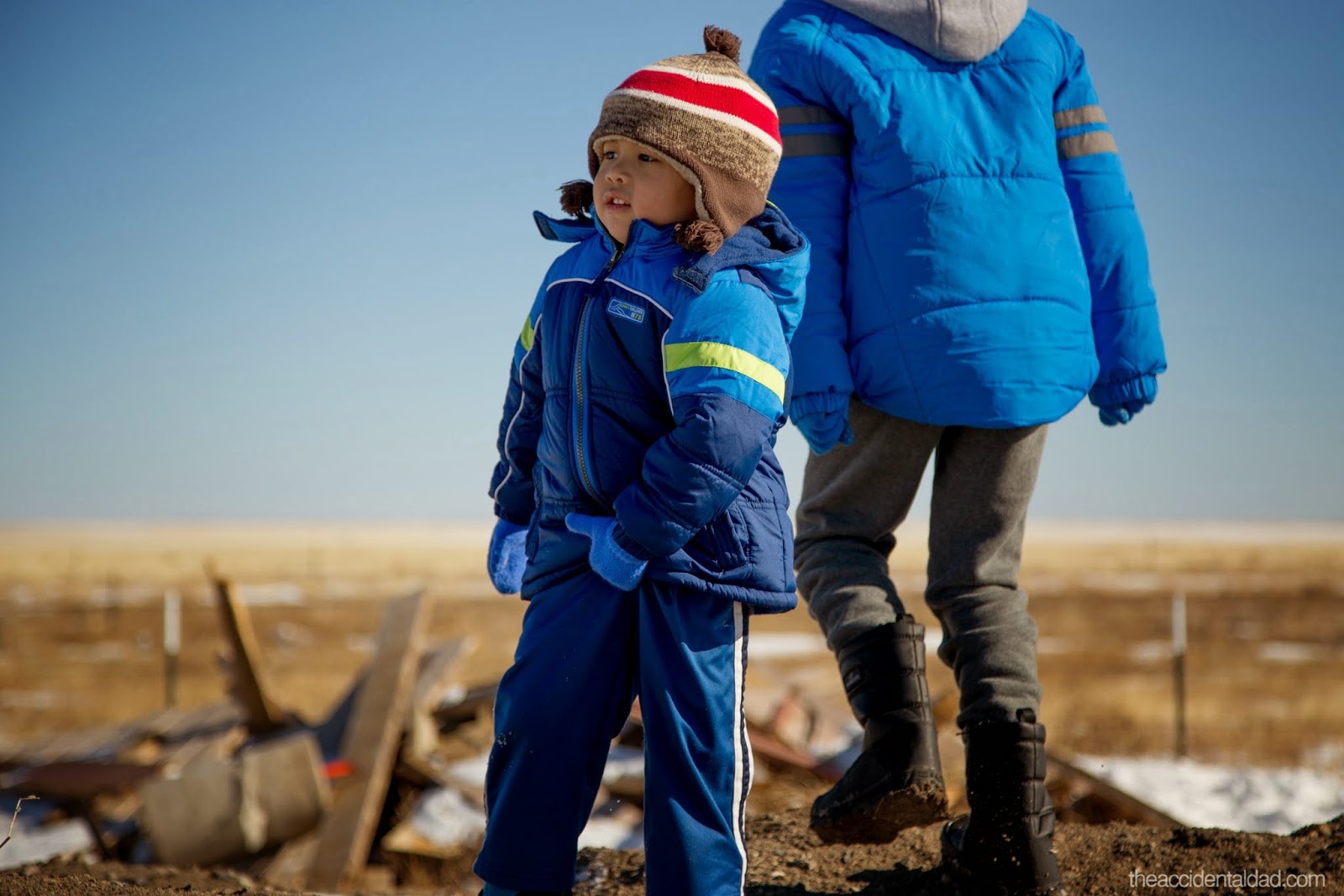