Are you smarter than a Kindergartner? 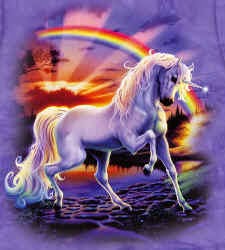 The obvious answer is yes. You shouldn't even have to think about it. But there may come a time when a Kindergartner makes you look dumb. Unfortunately for me, this has happened one too many times. And this Kindergartner happens to be my son, Jacob. 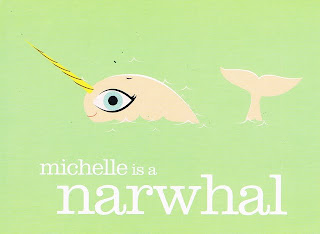 One day Jacob and I were playing with a set of Paul Frank flash cards and on one of the cards it said, "Michelle is a narwhal." I told him that's a fake animal, like a unicorn and yeti which were also on the cards. But Jacob was quick to disagree. I adamantly explained to him that it was fake as there's so such thing as a sea animal with a giant horn. "You know like the unicorn. There's no such thing as a horse with a horn on its head. It's fake." But he insisted that the narwhal was real and said he saw it on TV. Huh? So I went to Google it expecting to see colorful, fantasy pictures of narwhals similar to those girly unicorn pictures but to my disbelief, I saw real life photographs of narwhals. Dammit.


The other day Jacob asked me, "What's your favorite dinosaur in the Triassic period?" Shit. At this point I'm just trying to name a dinosaur from that period, let alone my favorite. "Hmmmm" faking as if I'm really thinking about all of those dinosaurs from the Triassic period and that it's so difficult to choose only one. "Stegosaurus," I replied. "Noooo, that's from the Jurassic period," he answered back. "I know, brachiosaurus." "Nooo papa. That's from the Jurassic period too. I said Triassic." I could tell that he was getting frustrated at which point I gave up. There's no use in guessing until I correctly named one. Of course he's going to know more than me. This is coming from a kid who watches Dinosaur Train every morning before school and reads his dinosaur handbook nightly before going to bed.


If this keeps happening to me (and I know it will), he's going to think I'm dumb as rocks. All of that stuff I learned in school, from Kindergarten up to my days in UT, I already systematically dumped from my head along with other stuff I deemed unimportant, e.g. people's names, birthdays, anniversaries (I'm such an a-hole). My brain can only retain so much and I needed that space for pharmacy knowledge. And I am smarter than a Kindergartner! I just need to prove it to one.
Email This BlogThis! Share to Twitter Share to Facebook